There once was a time, children, when television had these strange creatures.  I remember them from my youth and my grandpappa, sitting me on his lap, and regaling me with stories of these mythical beasts.  They were called 'writers'.  They were used in old-fashioned days to actually create stories and write the words that came out of people's mouths.  Like totes weird, right?

Nowadays, there are so many reality and 'scripted-reality' shows that it has hard even to imagine a TV landscape where writers were king.  Obviously, I exaggerate for effect but whilst there are still great dramas appearing on television, how many of the head writers / creators can you name?  In Hollywood, you can get shows created and executive-produced by big name directors, (Bryan Singer with House, Jerry Bruckheimer with  CSI) so they don't count.  But it used to be that the show's creator's were famous in their own right, from Roddenberry with Star Trek, Glen A. Larson with Knight Rider and Magnum P.I., Aaron Spelling with Dallas up to Chris Carter with The X-Files.  But that isn't really the case anymore.

Reality TV started innocently enough with the odd talent show or programs following people who work in an airport or something but then the rot set in.  Airport (I think it was called) was the first to go down the route of trying to make legitimate stars out of the people it was filming.  It stopped being a show genuinely trying to show you the trials and tribulations of working in a busy airport and became a performance space for odious turds who mistook Victorian freak-show curiosity with actual stardom.  Airport produced a fat, camp-for-the-camera, drama queen whose main talents were speaking Russian and mincing on camera.  It has been followed by worse, far worse.  Ending up with 'scripted reality' shows where TV execs decided that they wanted to make shows about people too vacuous and dull to be left to their own devices so scenarios and the odd bit of dialogue have to be handed to them lest the crushing vacuum that are their minds collapse in on themselves when a camera is pointed at them.  Reality game shows are just as bad but there is one saving grace.  Coach Trip.

For those not familiar, Coach Trip is a game show where people desperate to get on TV are all put on a coach together as it travels around Europe and spreads the bad image of the British Isles into every town it can.  These walking anti-social behaviour orders, get to visit awesome places for free and participate in activities as long as they play the game.  The game being bitch about the fellow contestants and have a vote to oust people along the way.  Actually when I write this down, you may be wondering how this is a saving grace.  Well, the host is an adorably sexy, cuddly man called Brendan Sheerin.  He, hands-down, saves this show from being the worst thing ever all on his own.  He is charming, a little camp but entirely naturally so, hairy, chubby, funny with a smile that gets my motors running (gives me an erection if you didn't understand the analogy).  Coach Trip is a success purely because of him.  And it always worth watching because sometimes he gets his shirt off.  Which at the end of the day is what I most demand from television. 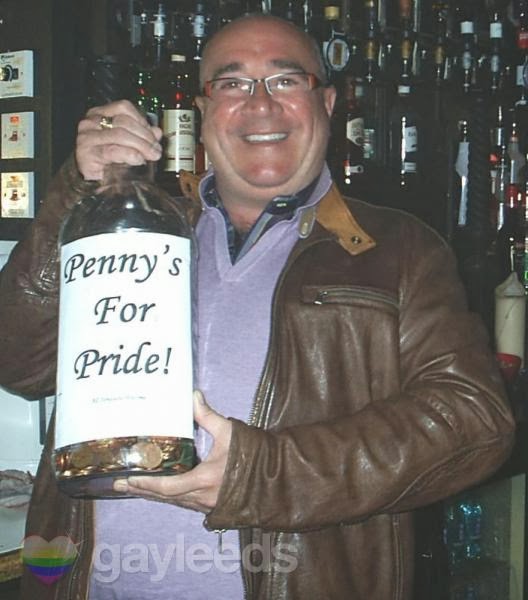 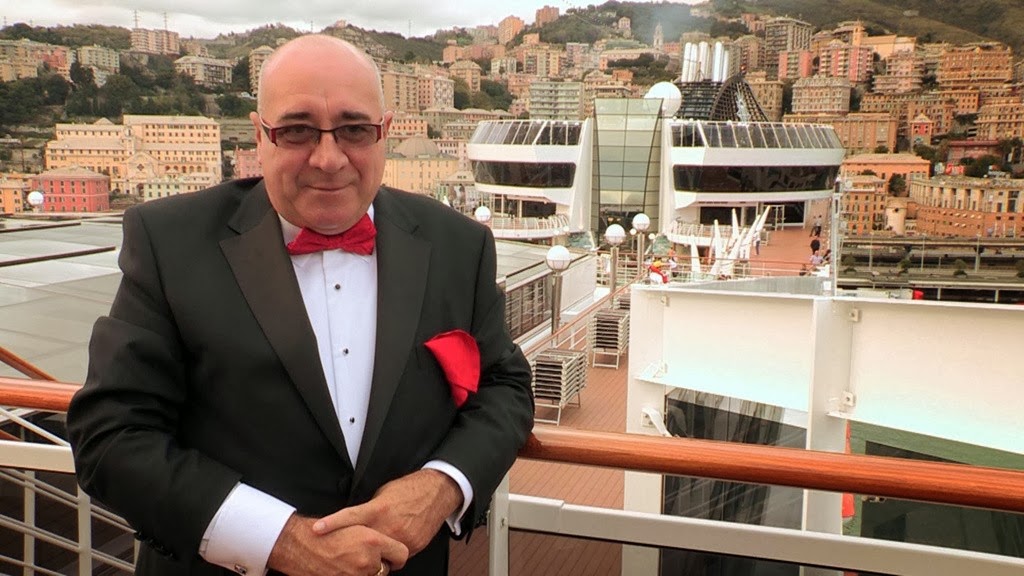 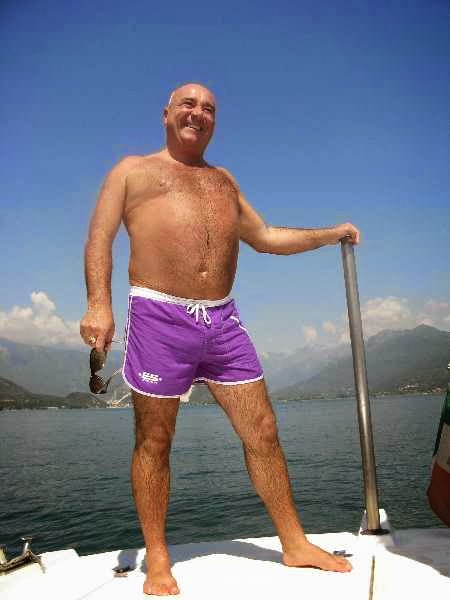 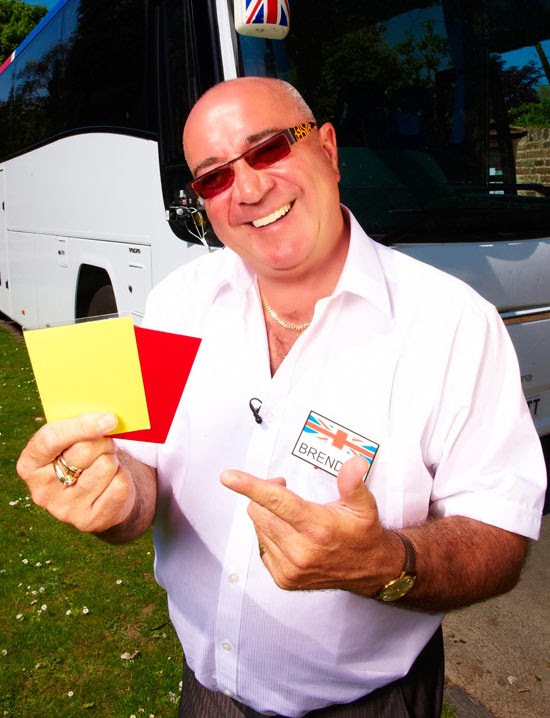 The traffic-calming system in Luxembourg is decidedly 'low-tech' 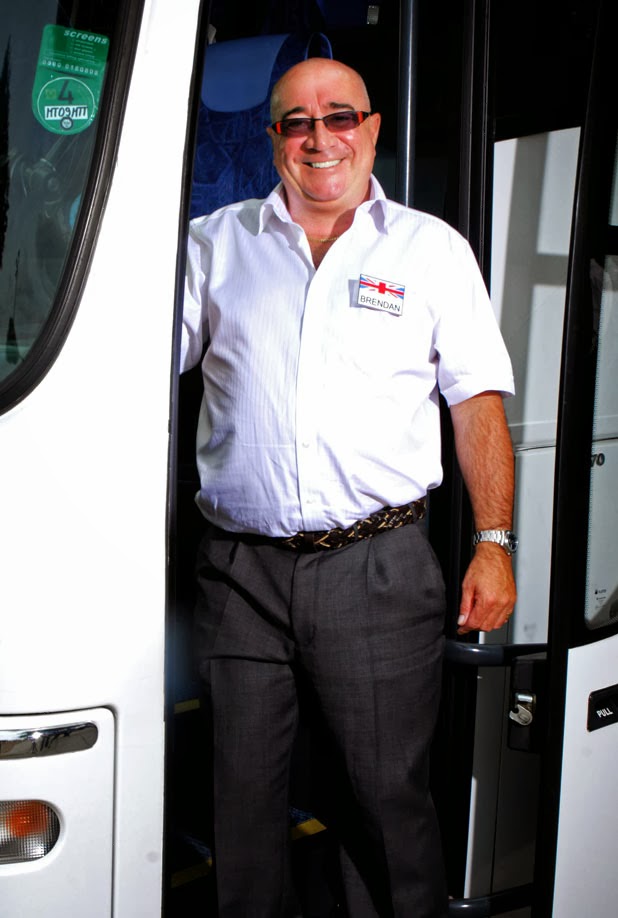 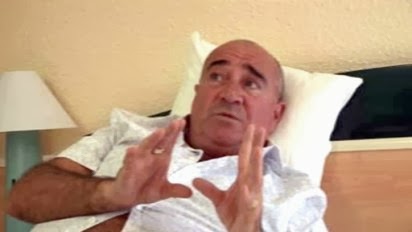 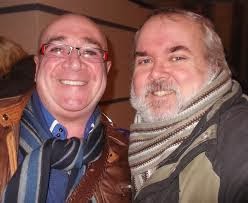 It's getting hot in here, so take off all your scarves... 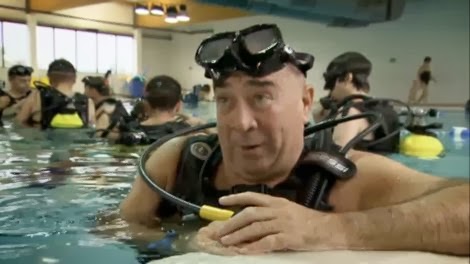 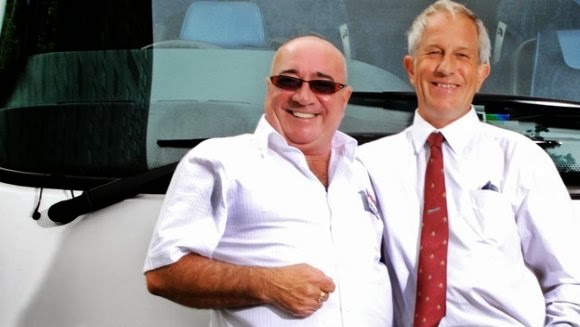 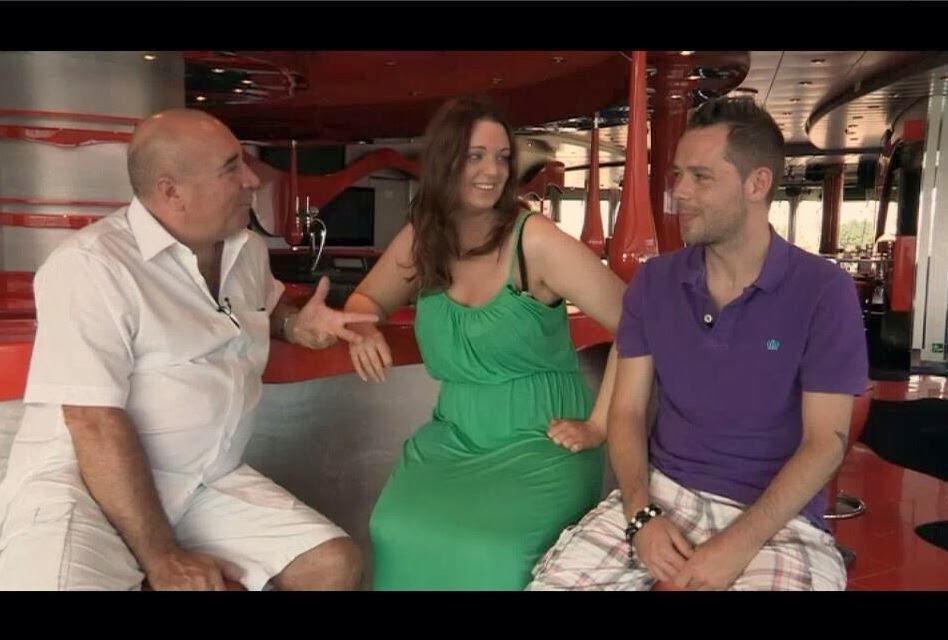 "So, Sally & Mark, from Didsbury.  You are both unemployed with cautions from the police for drunk and disorderly behaviour and defrauding the benefits system.  What made you want to come on a show that provides you free travel, room and board all over Europe's beauty hot-spots?"