Today is a momentous occasion my dear interchums.  Today marks an important milestone in the most important database mankind has ever endeavoured to build.  Mapping the human genome?  Pahhhh!  Cataloguing the world of antiquities and art? Balderdash!!  That's right.  You read correctly.  Balderdash!!!!

Today marks the 150th daddybear that has been colllected and stored away in the DaddyBearFrontier archives (DBFA).  Many contributors around the world have worked tirelessly to bring the lesser known cuties to the forefront of people's wank fantasies.   I have, much to my own personal cost, spent countless hours staring at pictures of daddybears and masturbating.  I am just that committed to the cause.  The NSA and MI6 come to the DBFA for their information on hot chubby, bearish older men and musing of what they would look like nude.  I have excluded any posts about lookalikes and my art from the count and today we arrive at Daddybear 150.  And soon, he too, will be stored away in the archives like the Ark at the end of Raiders of the Lost Ark.

So we will journey back a little in time.  No, not as far as one of my insightful and Pulitzer-worthy depictions of childhood.  Simply a few years ago, back when this all started.  My first entries were short on text, I was unsure how this blog would play out (seriously why the fuck does Blogger not recognise the words blog or blogger??).  My very first entry, and in a lot of ways the main prompt for starting the Frontier, was Tony O'Shea.  An English Darts player.  Therefore, I feel it is only appropriate, whilst I am in a nostalgic frame of mind, to return to where we began.  Darts.

Whilst many sports have successfully re-invented themselves, Golf, Snooker, (urgh) Cricket (Blaggh), Darts hasn't really managed to move on from being a fringe sport on television.  Now I genuinely do actually like watching Darts.  I appreciate the skill involved and the tension in close matches.  The fact that you get overweight, sweaty, older men is really a bonus.  But Darts also makes me laugh a little at it's, erm, well just fucking weirdness really.  When a match starts, each player is brought on accompanied by their own 'theme music'.  And the crowd go fucking wild.  It's like the front row of 1970's David Bowie concert.  All this razzmatazz  isn't unlike wrestling but there just isn't the same level of glamour here.  These guys aren't muscle-bound gladiators (actors) who wear ludicrous outfits.  You get a thumping tune, and a crowd that is hovering somewhere between teen idol concert crowd and rampaging mob, and then out toddles a bloke.  Just a bloke.  Sometimes cute, sometimes not.  Some high-five the crowd as they pass, others look uncomfortable and stair at the floor until they reach the stage and the oche.  And that brings us to the Darts players themselves.

The man of the week typifies a lot about Darts players, and we will get to him in a moment (hold your horses young man!).  Darts is viewed very much as a working-class sport and that's kind of why I like it.  It gets played in bars and there are pub leagues and from there, the best players turn professional.  They still tend to have a day job as Darts doesn't afford them the millionaire salaries that other sports do (with the odd exception).  But these men aren't just regular working class guys.  Some of them are (Martyn Philips for example) but a lot of them inhabit a world of questionable tattoos, serious bling and drinking.  It's kind of like the 'Big Fat Gypsy Wedding' of sports.  But that is a little dark secret of mine.  I find that rather sexy.  It goes against all my natural instincts but the excess of sovereign rings and gold necklaces is kinda hot.  I actually like a man to keep his gold necklace on when it comes to naughty time.  And this man likes his gold.  Martin 'Wolfie' Adams is a current three-time World BDO Darts champion.  He has a smoking hot body and a rather delightfully cheeky smile.  I have obviously meant to post him a long time ago, but I wanted to save him for a rather special occasion.  Yes, it was actually meant to be when I reached 100 but I, like, totally forgot.  Get off my back man.

If you feel the need to go in search of other hot darts players (and there are quite a few), be warned.  Darts forum sites are hostile, intensely homophobic and yet strangely bitchy and gossipy.  I doubt we will see any darts players coming out any time soon.

Anyway, enjoy Mr Adams and here's to the next 150! 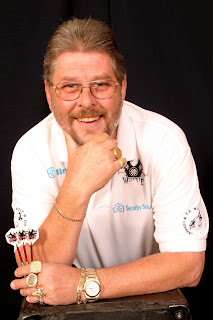 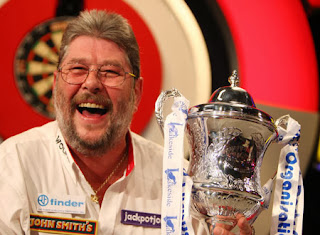 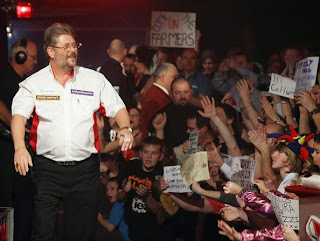 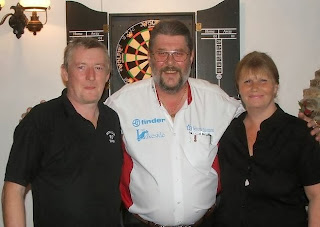 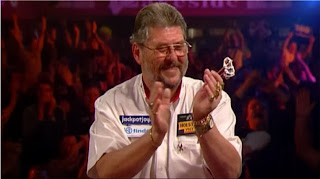 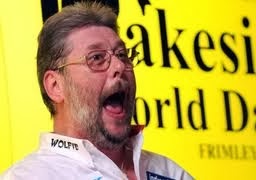 So.  I have a question.  If I was to Photoshop in a penis, would the above image be best? 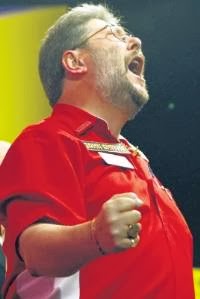 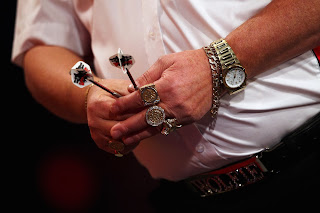 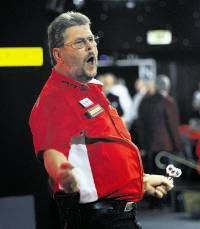 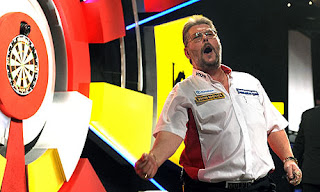 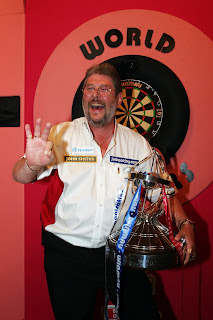 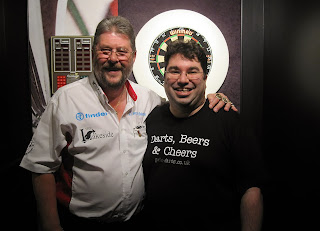 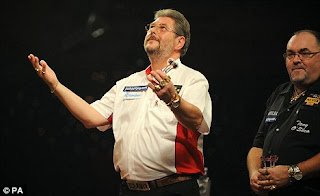 Tony O'Shea and Martin together.  Although with considerably more clothes than I'd like 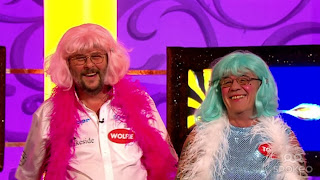 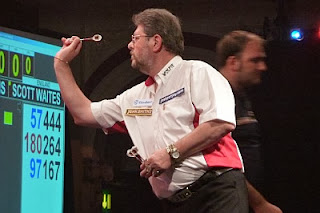 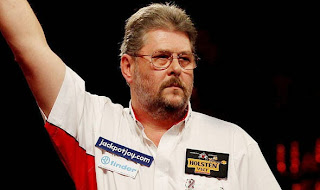 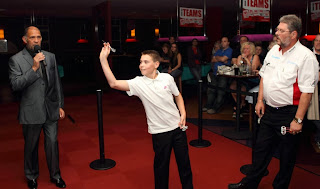 Is it just me, or is Martin Adams totally giving that kid a 'get the fuck out of my way' look?
Posted by Unknown at 21:04