Aaaaaah Politics.  A faithful old friend who can always be relied upon to deliver an absolute cavalcade of cunts and the very worst, self-serving slime that humanity can offer.  There is a theory that holds that anyone who shows an interest in being a politician should be immediately barred from becoming one.  I have to admit, as circular an argument as that it is, I tend to agree.

Despite the odd notable exception, this has always been the case with politicians.  The second constant that can be attributed throughout the ages that there have always been big, hot, sexy daddybears.  I still get the red squiggly lines underneath the word 'daddybear' - you'd think Blogger would have just given up and accepted the word by now (extra fun fact - it doesn't recognise the word Blogger either!).

Anyway, I digress.  Yes, hot, sweaty hairy, fuck-em-in-the-ass-and-cum-on-their-face daddybears have always been there in politics.  I really want to say always have been and always will but I fear for the future.  I fear that the days of super hot politicians is nearing it's end.  Sure, there are still a few out there.  Hanging around debating chambers with their beards and their bellies and their black socks with sock suspenders.  Dark blue polyester trousers tight at the crack of the ass.  A stench of sweat and Aramis and cigar smoke.  Their cocks sitting gently in their cotton cages, waiting to be freed........

But they are under siege.  We now live in the world of PR consultants and Spin Doctors (not the band - they pissed off years ago).  Image consultants who have determined a certain way of looking.  Not so long ago, the standard politician was old.  The image of a learned man.  An experienced man who can bring lots of life lessons to bear.  Think about Prime Ministers and Presidents of old - Ramsay McDonald, Taft, Grover Cleveland, Harold McMillan, Breshnev, Gorbachev, Helmut Cole.  Now think about what we have nowadays.  Obama, Cameron, Blair, Putin....ummm other guys (I don't really follow politics).  All much younger looking.  Somewhere, someone decided that politicians needed to look young and dynamic.  It was no longer about experience, it was about energy and hairdos.  And slimy statements and cheesy family photos.  There will come a time when if your face doesn't fit, you won't get to represent.  We will just have a sea of mid-forties, clean-shaven, trim, featureless, weak-chinned clones.  I will concede that Obama, although not my type, is a handsome and charismatic man.  But the days of the elder statesmen are numbered.

So I want to celebrate one from yesteryear to remind any younger readers of this blog that there is a reason to be involved and interested in politics.  And that reason is cock.  I already covered off the gorgeous William Howard Taft in a previous entry but here is his Australian equivalent.  Well I say Australian, he is actually Scottish by birth (and therefore automatically sexy - it's a curse but we Scots must bear it).  He was the Australian Prime Minister for the period of 1904 - 1905 and the Premier of New South Wales from 1894 to 1899.  And you know, he did some politicy shit.  He was apparently very popular for his quick wit.  Upon one occasion, a man from the crowd who had come to hear him speak (and stare at his crotch) pointed to belly and remarked 'What are you going to call it George?' - cos you know he was fat and it looked like he was pregnant. Ah.Ha.Ha.Ha.   Anyway, his response was "If it is a boy, I'll call it after myself, if it is a girl I will call it Victoria.  But if, as I strongly suspect, it's nothing but piss and wind, I'll name it after you" - Zing!!!!  Funny and cute as hell.  But unfortunately never a member of the Nudist Party. 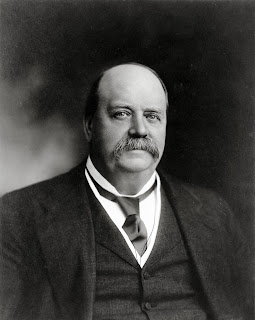 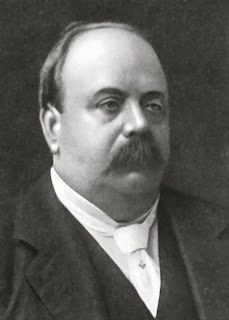 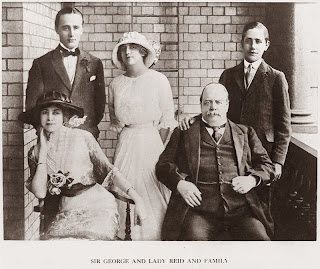 Despite their best efforts, the family could not hide the fact that George has let off an eggy fart right before the picture was taken 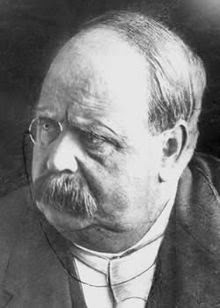 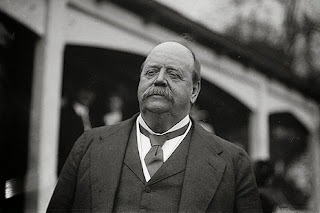 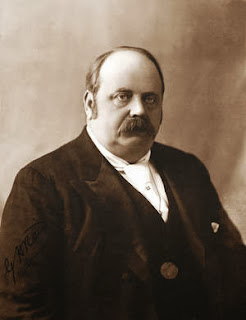 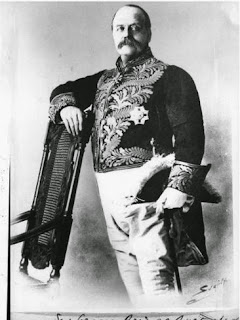 This is how all Australians dress apparently 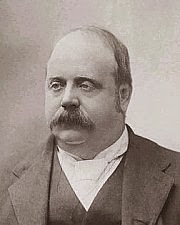 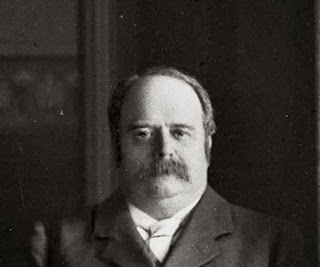 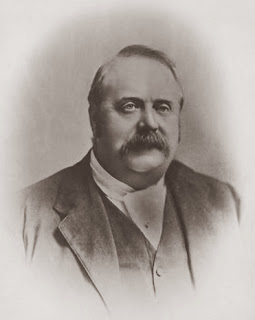 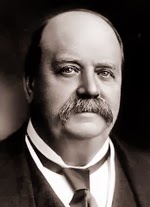 He should never have been allowed to wear clothes
Posted by Growlhouse at 21:55