I am an animal lover.  I know it is common for people to say that they prefer animals to most humans, but in my case that is genuinely true.  The vast majority of the human race can fuck right off,  Except, obviously, all the hot men and you, my lovely reader (love you!).

So, when the BBC announced it was starting a three part nature show called 'The Burrowers', I was naturally excited.  Lost of cute badgers and rabbits and voles, with no predators so I wouldn't be subjected to any horrific baby rabbit deaths.  That was ideal for me.  I had all the fuzzy creatures I could want on my TV.  Well at least I thought I did.

I nearly turned the show off immediately as it was presented by a guy called Chris Packham.  He has been a staple of nature shows for a good few years now.  He used to host the Really Wild show for kids when I was a nipper and he was all cool and spiky peroxide hair.  Now he has aged, and realised it was not appropriate for someone his age to have peroxide hair, but still saw fit to have the tightest pair of jeans on earth on for that whole show.  It was obscene.  He is not my world of attractive at the best of times but when all you could see on screen was his bunched up danglies in jeans, it turned my stomach. Also he has a speech impediment where he cannot pronounce his 'R's.  Why make present a show that made him constantly say 'Burrowers' and 'Rabbits' ?

However I persevered.  And I am glad I did.  There was one extra fuzzy creature I was not expected.  Vole expert Derek Gow.  Wow!  His cute, chubby, furry face appeared very early on and thankfully remained there quite a lot.  Originally from Scotland, he now resides in Devon and is an expert in both Voles and Beavers.  Unfortunately, he is probably an expert in both kinds of beaver 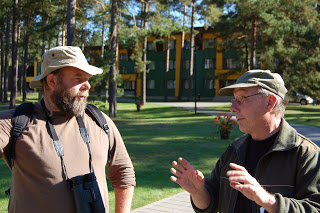 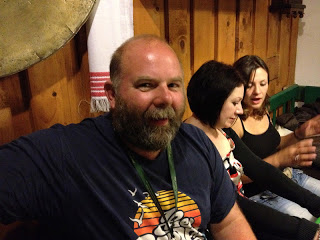 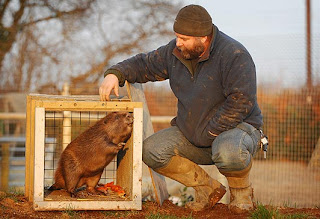 Seen here sticking his fingers in a beaver 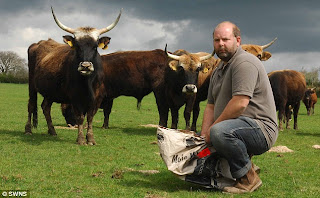 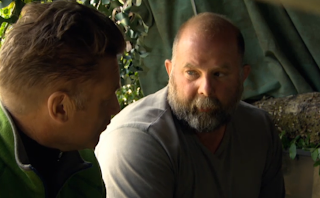 "Chris.  We need to talk about the jeans" 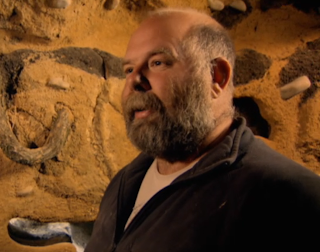 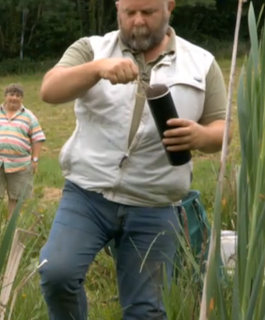 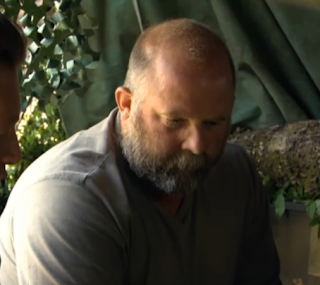 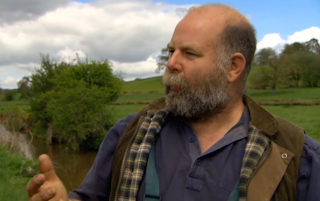 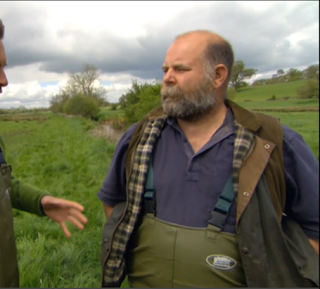 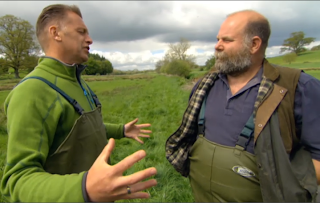