Well there was always bound to be one

Religion is always a testy subject to write about on a gay blog of this nature.  It is true that the people that stop by here come from many different backgrounds and many different belief systems.  Some are atheist, some are Christian, some are Muslim, Buddhist, Hindu, Sikh or you know, one of them.  You know who I mean.  Let's not have any unpleasantness.  I do not preach or impose on anyone who reads this blog.  I understand that not everyone has accepted Oreo cookies as the one true saviour and that's OK.  I mean, it makes me sad sure, but it's a path you have to walk on your own. 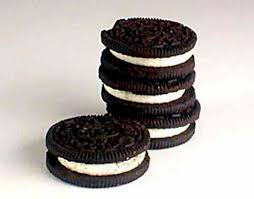 Give us this day, this daily bread

It is also thorny to write about religious men on this blog as, let's face it, most of them are bastards.  Evil, evil bastards who hate and detest you.  Not me obviously, everyone fucking loves me.  But you, you they hate.  It is no understatement, or great controversy, to say that many a gay man's life has been ruined (or ended) due to those with a misguided sense of religious fervour.  So, understandably any mention of a religious figure is usually met with a little resistance.  Usually the best I can hope for is ambivalence.  For example, here in Scotland, we had the delightful cunt Cardinal Keith O'Brien.  I won't deny that he was quite pleasing to look at, but he was violently against gay rights.  He was full-on, you will burn in hell and devils will poke your botty with pitchforks forever.  He made life a misery for the gay community in Scotland.  Then, what do you know, it turns out that he was having inappropriate relations with young, male priests.  When I say inappropriate I mean coercing them into sexual activity and blocking a child sex abuse investigation.  He resigned in shame and hopefully is now spending his days being beaten with a large stick in the face.

But I am not posting about him.  It is always lovely, when you can find a daddybear priest who isn't a bastard.  In fact, this one is very nice.  Very, very nice.  Reverend Steve Sprinkle, is a Baptist minister, a Professor in Divinity, an author, a columnist for the Huffington Post and an out gay man.  His outspoken support for the LGBT community has no doubt ruffled a few feathers in Baptist circles, but he remains a highly respected Reverend.  Now, I do not know if Sprinkle is the surname he was born with.  If it was, I don't think there was any way he couldn't have been gay.  An out gay priest with the surname 'Sprinkle'?  He may as well be called Steve Rainbow Unicorn.  Anyway, this is by the by.  His books deal with important issues such as hate crime against the gay community.  But what is most important is that he is really, really cute.  I am not sure where the whole 'religious Reverend' thing sits in relation to him being involved in a bukkake session that just involves the two of us and Richard Riehle but I can fantasise. 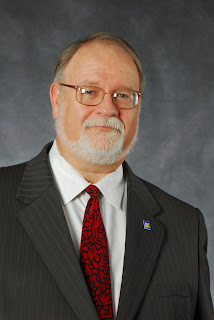 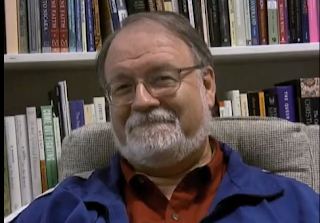 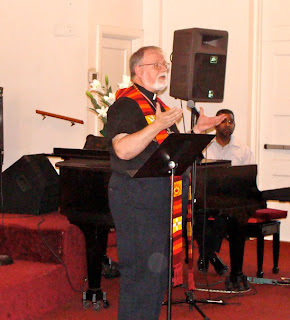 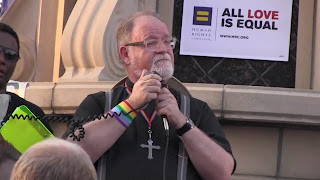 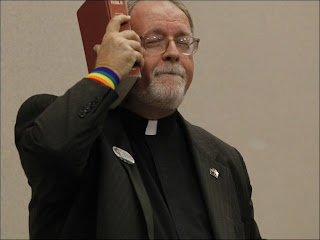 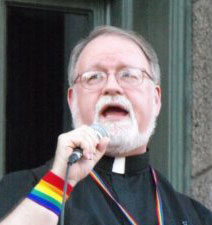 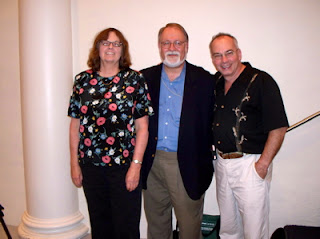 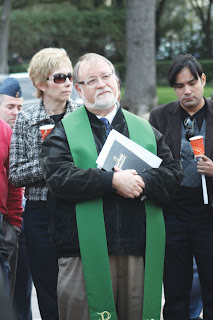 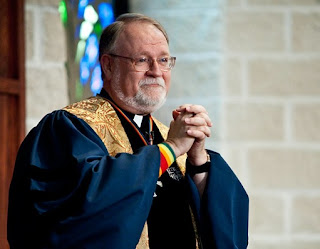 "Let us pray.   Oh Lord Oreos, we beseech you, fill us with your creamy goodness" 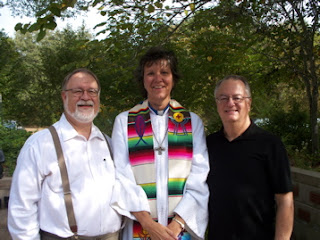 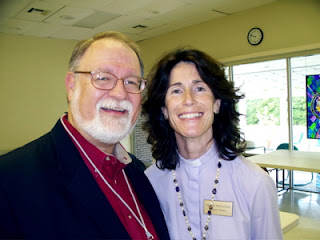 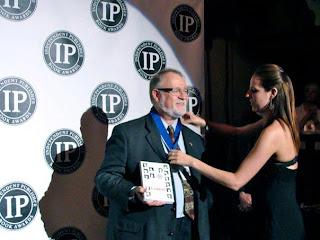 And the award for the most fabulous sermon goes to... 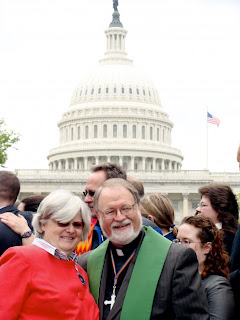 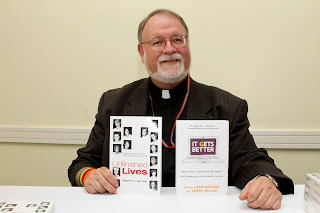 Actually, no comment.  Just buy his books
Posted by Unknown at 19:24