Kids television presenters are funny things.  Let's be honest they are usually kinda creepy things.  No matter what they look like, it always ends up difficult to find them attractive.  Actually it's difficult not to find them very punchable.  It's because 9 times out of 10, they have to adopt large, buffoon like smiles and wide eyes because somebody, somewhere said children like that.  It would terrify the shit out of me. 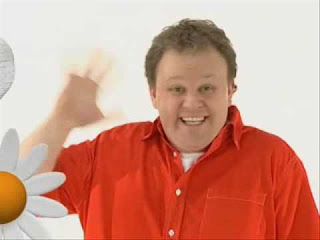 The field of kids art TV presenters in the UK has seen a gradual transition to this wide-eyed clusterfuckery.  When I was but a small and innocent child, the kids artist was a man known as Tony Hart.  Because that was his name.  He was famous for the shows 'Vision On' and 'Take Hart'.  Stick thin, with a bouffant white hair do, pastel blue flares and ever-present cravat, he was the friendly, if unattractive, uncle who could blow you away with a marker pen and some chalk dust.  He was in a league of his own to be honest.  Even as a kid you knew he was waaay better than a kids show deserved and his paintings were always that little bit too good for you to replicate successfully.  In the 1980's a be-mulleted Neil Buchanan became the go-to TV artist.  No where near as talented but still capable, he did have a much more excitable presence than Mr Hart.  Then in the 90's, they started giving the job to any fuckwit who knew how to hold a pen.

In the US however, it is slightly different.  Mark Kistler is a kids TV presenter and artist who has been entertaining nippers for many a year with his PBS broadcasts.  He is even an Emmy winner.  And he's a hot big bear.  I think that's what he actually won the Emmy for.  Except that he does do the wide-eyed, big smile thing.  I can make an exception in his case as it sort of feels like I am defrocking him.  Usually seen with a moustache, he has now went full beard and looks awesome.  He is also losing weight which I am fine with as long as he doesn't take it too far.  Would it be appropriate for me to turn up at one of this roadshows and demand he draws me naked (a la Kate Winslet) in an attempt to seduce him?  I know that there would be kids in the audience but sod them, they have to learn sometime. 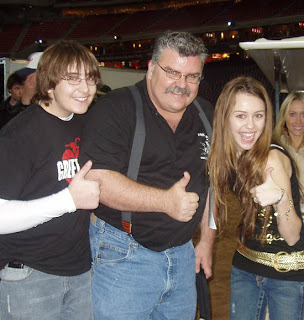 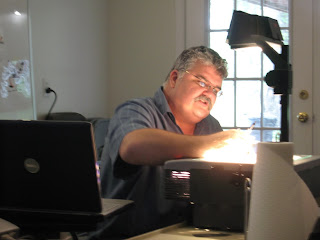 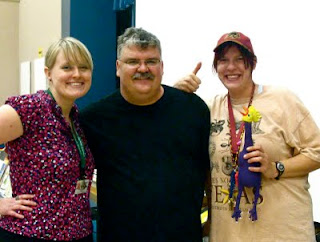 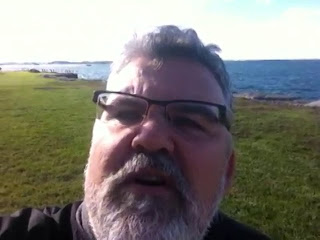 Kind of close to the camera there Mark 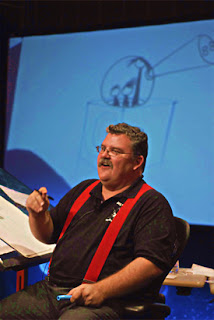 What...what the fuck have you just drawn?  That's shit.  You're just phoning it in Kistler 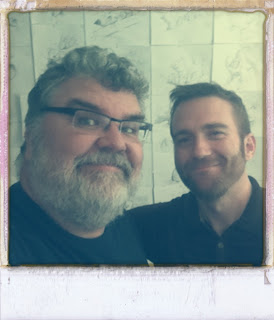 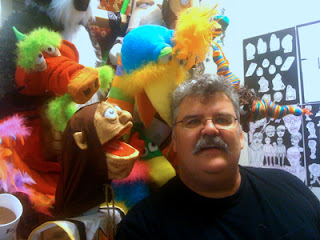 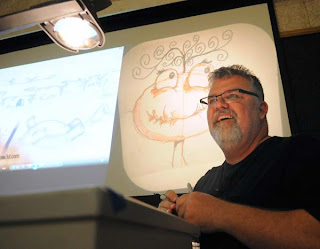 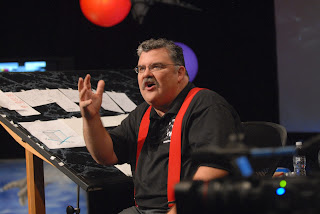 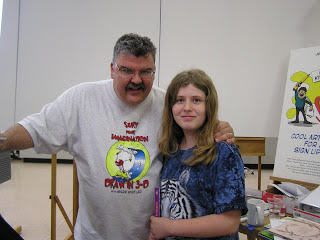 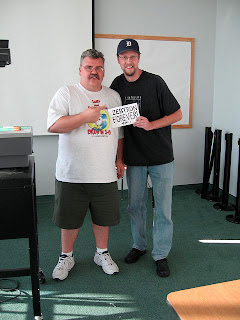