Time for the Big One

It's time to plug another of those gaps in the Frontier Archives and tackle probably the most famous of bearish actors - James Gandolfini.

James Gandolfini is in some ways the greatest example of what this blog wasn't about.  Don't get me wrong, he is most definitely one of the sexiest guys to walk the earth but there is also no other chubby bear actor with such a devout bear following.  I am bringing absolutely nothing new to the party.  There will not be a single reader of this blog who will look at this and go "Hey - I've never seen him before - he's kinda hot!".  And that is testament to his supreme fuckability.  I'm sure he takes a lot of pride in the fact that he is regularly masturbated about by men.  I know I take a lot of pride in the same thing.  Really?  You couldn't let me pretend that was true for, like, a second?  You bitches.

Anyway, Mr Gandolfini doesn't inhabit the Frontier, he is well and truly Bear Royalty.  However, as explained before, now that this blog has run waaaaayyy longer than anyone actually expected, it feels odd missing out the biggies.  I have had the hots for Gandolfini (jesus that's a pain to keep writing - couldn't he have had a surname like 'Bay' or 'Evans' or something?) for a very long time, and to be fair, he was in the frontier when I first noticed him.

I mentioned before that I adore my fiance, Richard Riehle, and have done so for many a year.  I know that his first breakthrough role was in 'Glory' but I am not sure if that is what I first saw him in.  It might have been  'Fried Green Tomatoes' or 'Star Trek'.  It all just blurs into one big moustachiosed smush of loveliness.  To a large degree, it's the same with Wilford Brimley although I suspect 'Cocoon' was my introduction to him.  Although it might have been 'Battle for Endor'.  Yes.  Yes I saw that film.  But with Mr Gandolfini, I know exactly when I first noticed him.

It was in the film 'Fallen'.  Denzel Washington played a handsome cop who used his handsomeness to solve the case of a serial killer, who as it turns out (spoliers) is actually a fallen angel that travels from body to body to kill.  JG plays a weaselly fellow cop with a glorious handlebar 'tache.  I fell in love immediately.  Then, i next saw him in 8MM where he sported a goatee and awesome sideburns and the deal was cemented for me.  Needless to say, his ass looked great in that film.  Obviously, at this point he started playing Tony Soprano and everyone in the world suddenly knew him.  I never really watched 'The Sopranos' as I can't fucking stand any kind of mafia story (the only one I liked was 'Goodfellas' as it clearly showed them as fucking scum).  He also seems to get better looking with age in a way that no-one else quite does.  I know that at the time Sopranos first aired, I thought he was fucking gorgeous.  But if I catch a season one episode on some channel now, he looks too young.  He looks like he hasn't finished becoming sexy yet.  He improves so much with age that it obliterates what I thought was sexy about him a few years ago.  That being said, he's not perfect.  He is incredibly handsome and is probably the best example of a man look great with and without a beard but there is one wee flaw.  His voice.  In small doses it's fine.  If you have seen 'In the Loop', you'll know that he looked smoking hot in the Army uniform and that he played the part in a rather cute way.  But he was only in the film sporadically.  20 mins of something like the Sopranos has me reaching for earmuffs.  You know, if you have been with your partner for a long time, certain little things grate start to grate on you.  Maybe it's the sound they make when eating cake or breathing loudly through their nose when watching TV.  Or maybe its when they come into the bathroom and take a shit when you are relaxing in the bath.  Little subtle things that never used to bother you but after a good long time start to get on your tits.  That's how I feel JG's voice would be if you lived with him.  But it's a tiny imperfection and when a man looks that good, you can put up with that.  Hell, I'd put up with him not only coming into the toilet for a poop whilst I was in the bath but actually pooping in the bath.  Well, maybe not but still......he could pee on me if he wanted to. 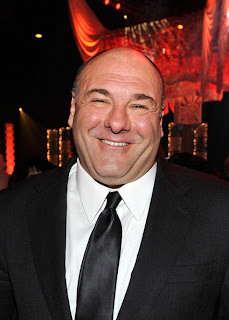 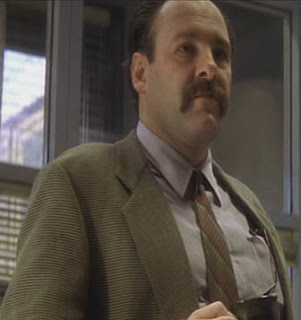 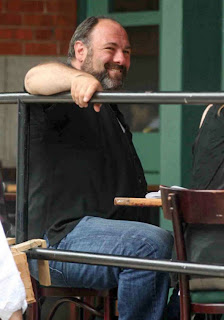 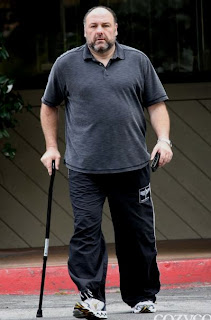 James Gandolfini tries to horn in on Hugh Laurie's fan base 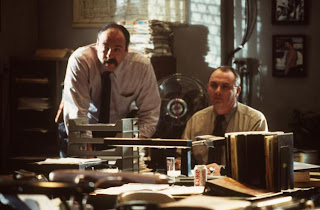 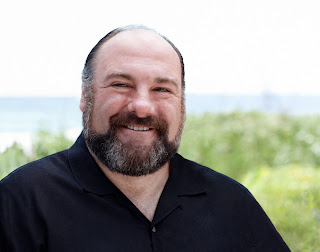 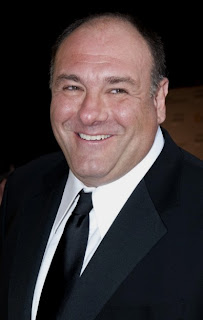 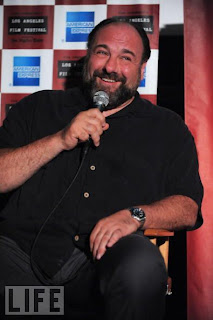 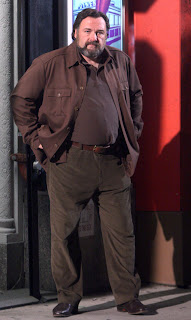 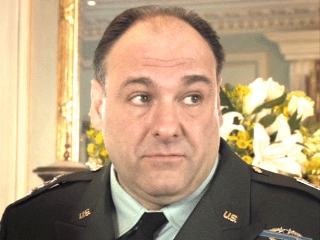 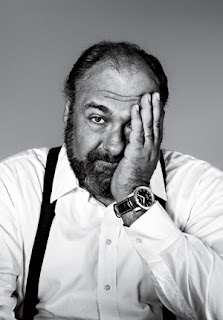 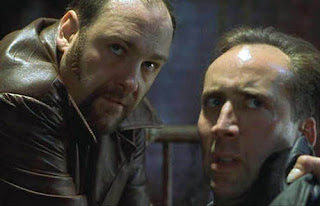 "You think you can criticize me cos I make Snuff movies?  That billboard up there says you made Ghost Rider 2, you sick bastard" 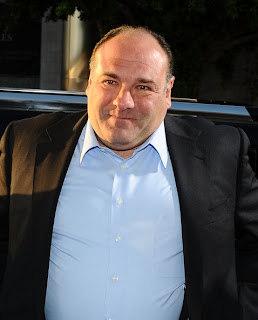 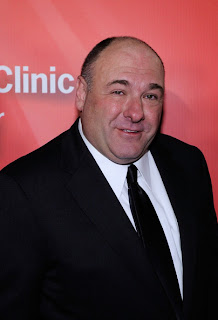 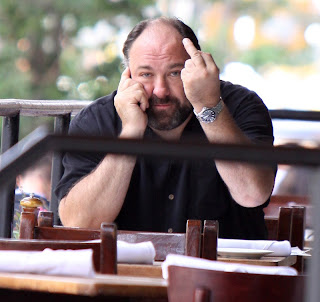 I am shocked and appalled.  Everyone knows it is good etiquette to give the finger with your right hand. 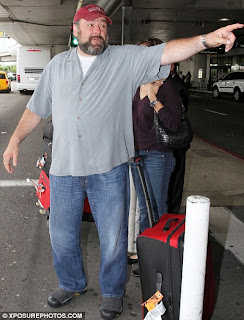 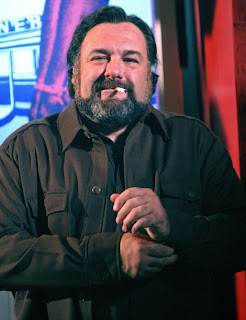 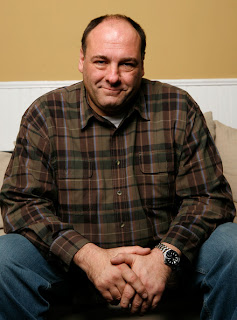 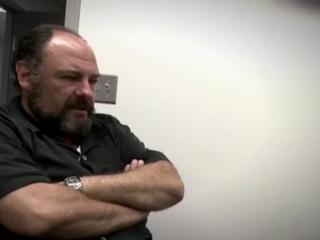