Have you ever heard the term 'Mary Sue'?  More than likely it was the name of a girl you went to school with.  If you went to school in Pleasantville.  The 'Mary Sue' that I am referring to is a literary term and criticism.  Trying to pinpoint how you would define what a Mary Sue is a little harder than I initially thought.  Essentially a Mary Sue character in a book is usually the protagonist and strangely like the author.  Like the author but missing many key things.  Things like flaws.  It's an idealized version of the author or a ringer for the author that allows them to play out a wish-fulfillment fantasy.  Apparently there are male equivalents such as 'Gary Stu' but fuck that  - they are all Mary Sue characters (or Canon Sue).

Not surprisingly, the internet has a lot to do with the explosion in the term of Mary Sue as it originated from fan fiction.  Like all those stories I write about me being sexually molested by Tony Soprano and I am all innocent and muscular and funny and have intriguing back tattoos (the reality is that I don't have tattoos on my back).  But it has started to make its way onto actual bookshelves now.  Probably the most famous case is that of Stephanie Meyer and her fuck awful Twilight books.  Bella (which is Italian for plywood) is attractive and clever and deep and the most handsome-est, keenest, wonderful-est, sparkliest vampire ever falls head over heels in love with her.  Bella is Stephanie's Mary Sue.  A male example is likely to be Steig Larsson and his Girl Books (Girl with the Dragon Tattoo, Girl who Kicked the Hornet's nest, Girl who went to Fart but Ended Up Shitting all over the Display Couch in Ikea).  His protagonist is irresistibly sexy to women, incredibly smart, shares similar job to the author.  An unless you have been living in a cave, you will have heard mention of the Fifty Shades of (Grey, Freedom, Shite) trilogy.  Which actually started life as a fan fiction of Twilight so that the author could flick herself off to tales of Edward & Bella rimming each other's arseholes.  The names then changed and the vampire became a S&M freak and there you have a best selling author indulging their best wank fantasies.  I should point out that writing a Mary Sue character does not mean that the books are badly written in any way.


Which brings me to this week's loveliness, who was brought to my attention by the lovely Federico.  Walter Siti is an Italian novelist, essayist and literary critic.  I will admit right now that I have never read one of his books.  But since he is so cute, I am going to put a stake in the ground and say that they are fucking amazing.  Apparently a good number of his books are about a an older professor (Siti was indeed a lecturer at universities) who falls for young muscular men, is super generous to a fault and gets nothing in return.  And there is lots of sex.  Which I actually consider getting something in return personally.  So a little 'Mary Sue' but who the fuck cares?  Books about hot older guys fucking?  Why hasn't Peter Jackson made these into big budget films?  Fuck Hobbits.  As the books are in Italian, I am unlikely to be reading them anytime soon but I will wait for the graphic novel version.  In fact, I am willing to draw the graphic novel versions - I just need Walter to come over and help me for some body reference

I have attached a wee clip of him chatting away in an interview.  The particular reason I chose this clip is that it has the most dramatic and urgent music I have heard in a show interviewing a guy about his books.  The tone of the woman's voice and the high impact music make it sound like it's a hard hitting expose on drugs.  And he looks as cute as a button in it too. 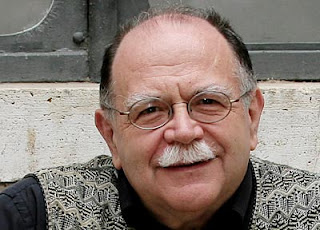 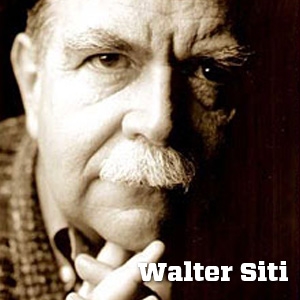 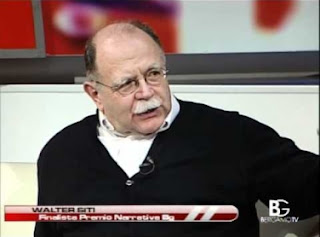 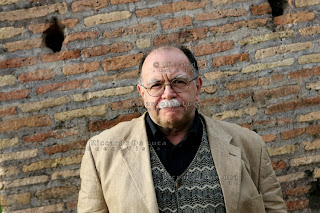 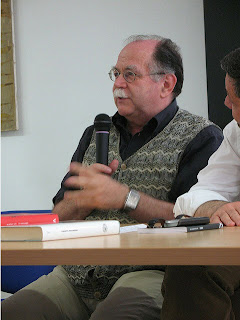 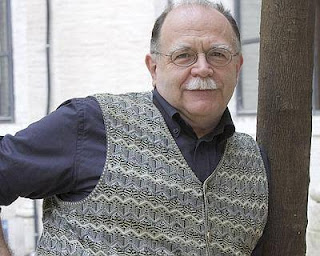 "My waistcoat brings all the boys to the yard, and they're like, "It's better than yours" " 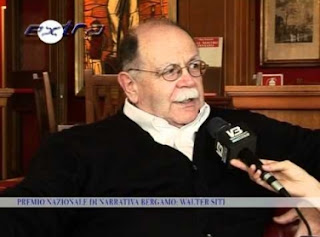 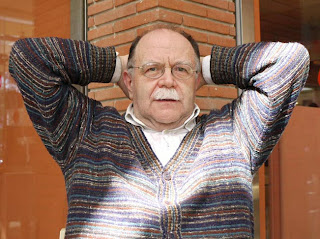 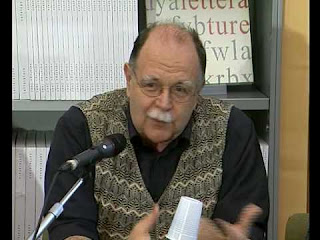 "So in my new book, an old professor has sex with fifteen different muscular men whilst discovering the cure for cancer" 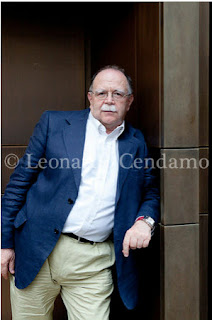 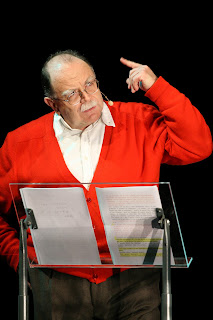 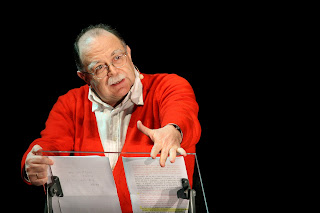 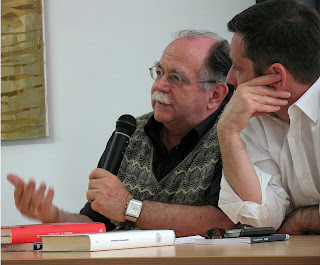 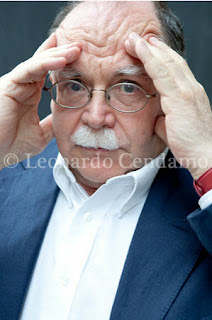