Irish eyes are smiling (but the toilet isn't)

Accents are interesting things.  Obviously, being Scottish, I have a beautiful, lyrical and deeply sexy one.  It evokes images in the mind of sweeping glens, still mist-covered lochs and rough, prolonged sex.  Not, as some have suggested, images of five year old children's screaming at birthday parties and Jimmy Sommerville.

There are many accents that I find attractive - Spanish probably being my absolute favourite.  I am partial to Russian, Czech, Polish, some American (not convinced by some of those New England ones), Australian, Welsh amongst others.  Interestingly, or not as truth be told, one of the most popular accents in the world is Irish but it has never really done anything for me.  Don't get me wrong, I don't hate it or anything but it doesn't make me weak at the knees and cause my underwear to fill up with premature ejaculate either.  I think it has something to do with my upbringing.

I'm half-Irish technically (my mother is Irish and so was my father's family).  Every year as a child, we would go on holiday to Letterkenny (which is in Donegal) to where my Aunt and Uncle live.  Now most people probably have fond memories of their childhood holidays.  Especially if it involved chubby, rugged farmers with their shirts off getting sweaty in the mid-summer sun.  I should have loved every last moment of it.  To be fair, there are a few fond memories that I sometimes return to for,ummmm, inspiration.  You know what I mean.   But overall my memories of Ireland are not all that cherished.  Where my Aunt and Uncle wicked and beat me with cattle prods?  No - they were perfectly lovely.  Did my cousins bully and harass me?  No, they were awesome.  My main memories of Ireland involve long, prolonged pooping sessions.  Or vomiting.

Every year, without fail, I seemed to contract the Irish airborne Ebola virus within a day of arriving.  Most of my memories involve lying in bed staring at the ceiling before making a dash to toilet before the world fell out of my arse.  Not always successfully.  My Aunt and Uncle must have jumped for joy every time they saw me arrive.  "Yaaay!  Here comes wee Scotty McShittypants" they must have exclaimed before opening a vial of stomach flu and pouring it over a packet of Tayto crisps for me.  Every year, for many years.  That's not counting the fact that I suffered from horrible travel sickness as a child.  Even the smell of the inside of a car would set me off.  My mother used to have to take an entourage of plastic bags everywhere for me to deposit my Coco Pops into.  Since my Aunt and Uncle lived on a farm, going anywhere involved getting in the car.  To this day, I'm amazed they didn't just take me out into the woods and 'lose' me.  Like that scene in 'AI'.  Actually, I tell a lie.  There was one year that I didn't get diarumpus.  That was the year that I slipped on some concrete thing that you put heifers in and cracked a few ribs.  I spent the rest of the holiday in bed crying every time I breathed.  I was a fucking child -  stop being mean.  I was not wussy.  Anyway, since then, I think I have associated Irish accents with me pooping and vomiting and struggling to breathe.  That tends to cause an accent to lose it's mystique.

However, I can still appreciate a hot sexy daddybear who happens to be Irish.  And this man should be no stranger to most viewers of this blog.  Brendan Gleeson is an incredibly sexy man.  Although clean-shaven for most roles (still cute), he can grow an impressively thick reddish beard within seconds apparently.  Probably most famous now for his role as Mad-Eye Moody in the Harry Potter films, I first noticed him in 28 Days Later.  He had a nice bristle in that and is arse looked lovely.  However, most daddybear watchers would have probably noticed him first in 'Braveheart'  where he looked stunning.  I to this day have never actually watched that film.  I know that seems like sacrilege for a Scot but I feel the story of William Wallace was worth telling without making up 70 shades of bullshit.  The French Princess that Mel Gibson's Wallace had a romantic interlude with was 4 years old at the time the real Wallace was killed.  If he really did have an affair with her, that's a much darker historic and less romantic story than the one portrayed on screen.  Anyway, I digress.  Gleeson looked cute as a button in 'In Bruges', 'The Raven' and 'The Guard' but he looked his most fuckable in 'Troy'.  If you haven't seen Troy (possibly because the thought of Brad Pitt in a mini-skirt was far too sickening) you should give it a try.  Not only is Gleeson in full-on Ginger beard Bear mode, James Cosmo and Brian Cox are also in beard mode.  It's a very good film to masturbate to is what I am getting at. 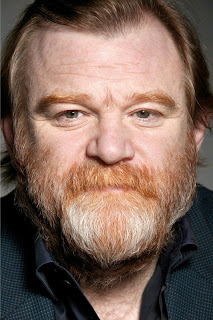 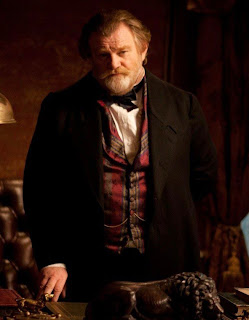 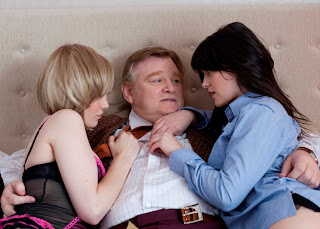 Even though I am adding this picture, I am still not convinced this happened in a film.  I think I concentrated too hard when wanking and one of my thoughts somehow formed a physical image on my computer. 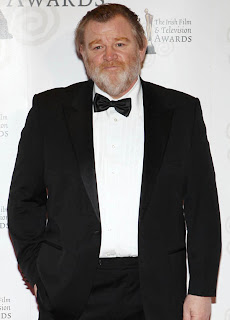 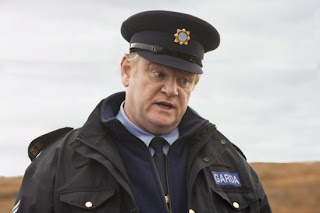 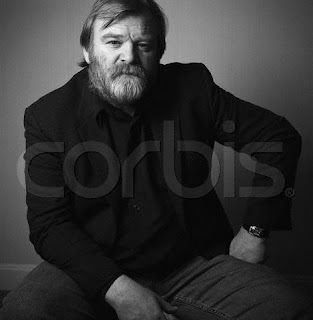 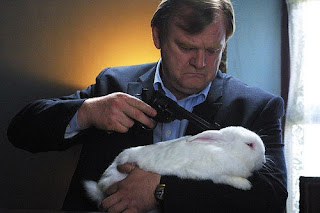 Brendan Gleeson reacts very badly when people don't give him good votes on bear blogs.  For the sake of the rabbit, please vote 'Whoo Mama'.  That rabbit has children 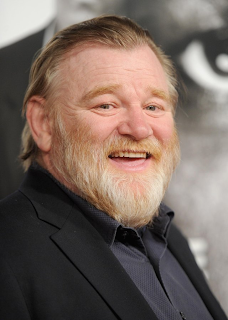 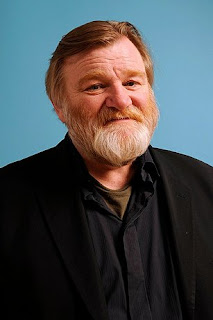 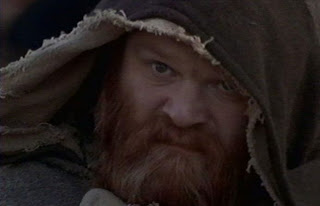 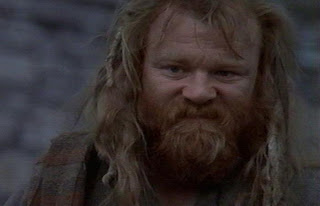 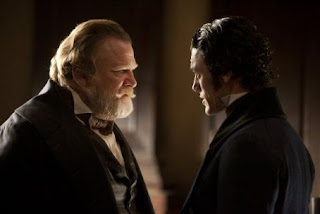 "Wait!  You didn't have that beard five minutes ago!  How the hell do you do that?" 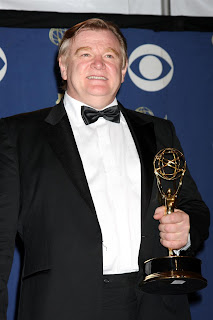 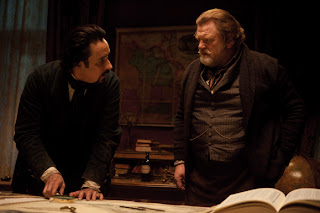 "So you see, Brendan, my using the formula written down here, we can make innocent children visiting your country from Scotland shit their 'Six Million Dollar Man' underpants within minutes of their arrival"
Posted by Growlhouse at 20:57