Fun in the backseat

I wish I could say that I don't drive because I care about the environment and that travelling on the train or the sweaty, stinky bus is a political statement.  I don't drive because I never learned how to.  Well, I did take 10 lessons once but Holy TitBalls! are they expensive.  I can't say I enjoyed those lessons  - moving at a speed greater than 10mph scared me senseless - but at least my instructor understood my wimpyness and let me go at my own pace.  Except for my last lesson, where I got a replacement instructor.  He decided that I should be much further on than I was and took me up the Trossachs (not a euphemism) to drive on narrow country roads at 60mph.  I didn't stop shaking until the following month.

But I do wish I could drive.  Of course it would be handy to be able to take the dogs to the beach or to nip out to the nearest McDonald's for a hearty meal (if I am able to book a table at such short notice!).  The main reason is that having a car increasing your chances of getting laid.  Magnum wouldn't have been Magnum if he didn't have his Ferrari.  Do you think Tom Selleck would have been able to charm the pants off all the girls if he drove a Lada?  His Royal Hoffness was a sex symbol with the ladies in Knight Rider when he drove that sweet Trans Am (it would have been sweeter if it didn't come with such a bitchy attitude).  Try as he might, he wasn't the sex symbol on Baywatch where he drove a Dune Buggy.  James Bond is never kitted out with Ford Fiesta. Like it or not, cars can influence who you want to have 'intimate hugs' with.  That's not to say they have to be flash supercars.  If you fancy that hot trucker looking guy, you want him to be driving a pick-up.  You'd be disappointed if he pulled up in a Kia Picanto.  There is no denying though that a really nice, classy car can be a real underwear-loosener.  It can be nice if the smoking hot lovely guy you have been chatting up turns out to drive a nice, classy Mercedes Benz.

But do you know what would be nicer than a smoking hot daddy who owns a Merc?  A cute, hairy daddybear who owns Mercedes Benz.  Well, he's the CEO & MD of Mercedes Benz India Pvt Ltd.  Peter Honegg has a lovely moustache that I could get lost in.  I first noticed him a few years ago on the front cover of a magazine but he wasn't quite ready at that time.  He was cute but just not done becoming smoking hot.  His moustache was neater, his hair bigger and he had a little soul-patch.  Now thankfully, the soul-patch is gone, he's a little tubbier and the 'tache has filled out to it's Wilford Brimley promise.  Plus he's German so you know he's into some filthy stuff.  Now, the german accent can sound sexy but when he speaks he sort of reminds me of Arnold Schwarzenegger (or Rainer Wolfcastle).  Very deep and growly but a little monotone.  I don't care, I'm pretty sure I could get him to sound very animated if he gave me half a chance.  Even in the back of one of his cars - I'm not fussy. 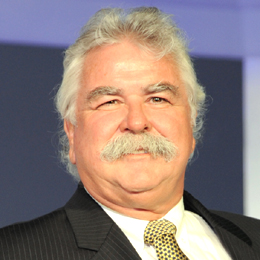 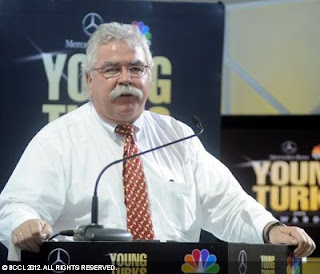 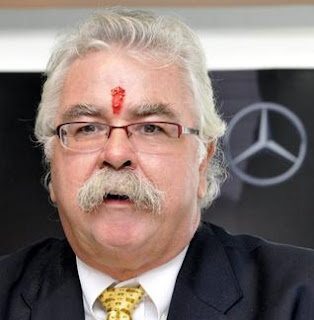 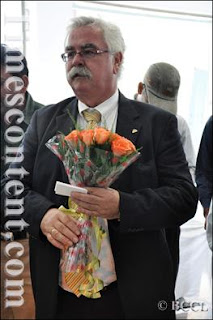 Oh Peter!  For me?  You shouldn't have!  OK then, get in the back of the car and I'll stick my tongue up your ass. 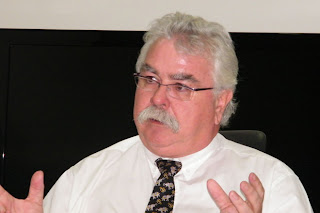 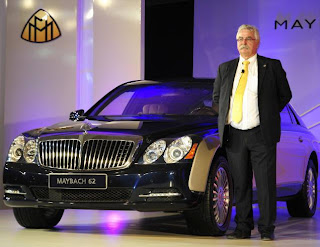 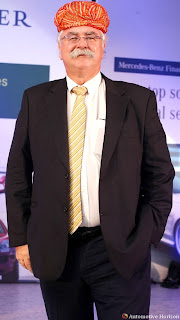 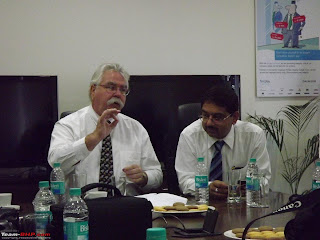 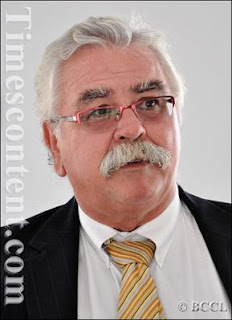 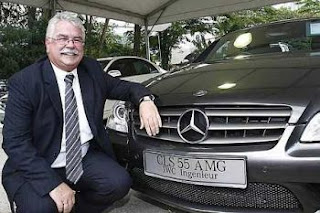 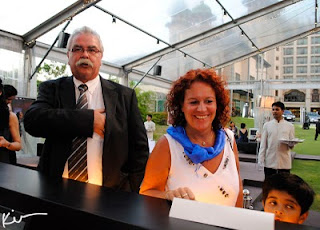 To relieve boredom when waiting in queues, Mr Honegg can often be seen rubbing his nipple erections. 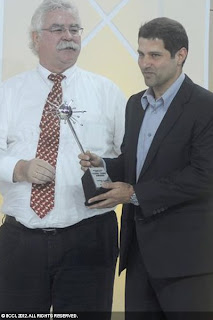 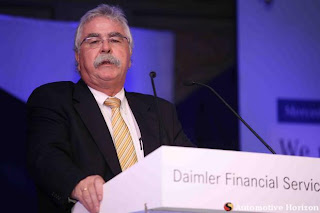 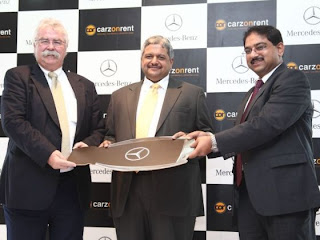 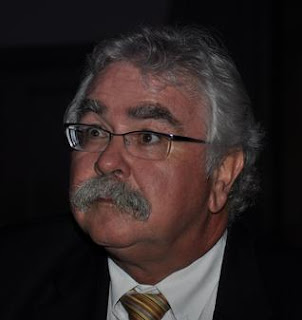 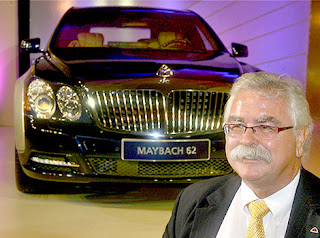 "Oh come on Peter!  You totally just photo-bombed my picture of the car!" 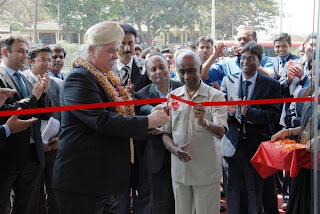 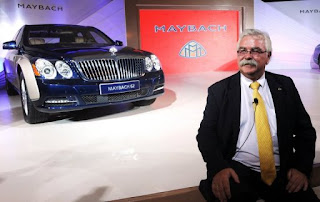 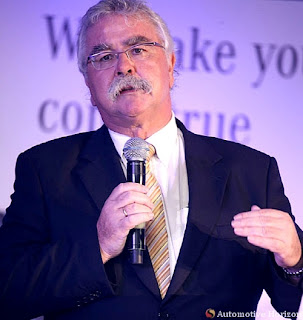 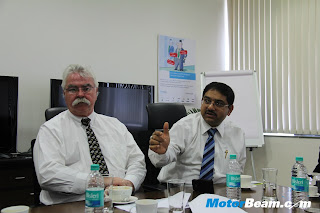 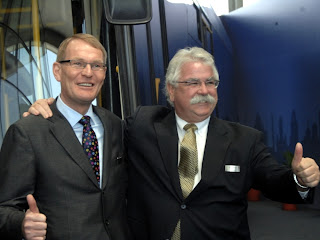 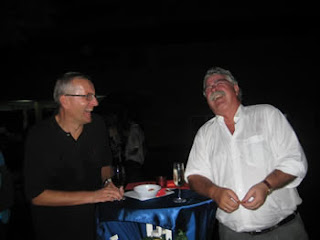 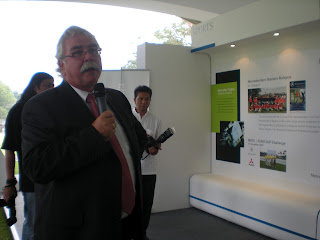 Peter Honegg is an inspirational speaker.  As can be evidenced by the look of awe and enchantment on the face of the listener in the background.