What every gay man wants to be (apparently)

You may have recently seen a story in the media involving a man who became gay after having a stroke (not that kind of stroke you filthy bitches).  You may not have read it (I know not all the readers here are as worldly wise as I, only ever coming out of their basement once a fortnight to empty out their poop bucket before returning to the dank to masturbate over Richard Riehle pictures by candlelight) so I will recap some of it for you.  In case you felt insulted by that last remark, I totally wasn't talking about you.  I was talking about those other guys who visit this site.  You're awesome.

So some guy had been heterosexual for all his life.  He wasn't just straight - he was a hard-swearing, hard-fighting, hard-farting rugby player (because there is totally nothing gay about rugby.....ahem).  One day, after building up a sweat, grappling with other well-built men and pulling down their shorts, he had a stroke.  When he awoke, he was a gay man.  Like a dull version of Quantum Leap.  So, obviously, now that he was gay he'd just have to fit in and do what all gay men do - he became a hairdresser.  A twinky hairdresser no less.  Because that's what gay men do, right?  Those of us who are not hairdressers are jealously biding our time until we too can join that pantheon of the gods and tease some hair.  Or.........

It's bullshit, the guy was gay all the time and rather than just admit to family & friends 'Hey - you know what?  I like cock.  Cocks in my mouth, cocks in my ass, cocks all the time.  Cocks cocks cocks'  (that's the accepted way of coming out), he pretended he was straight, by doing all the straightest things a man could do, had a stroke and saw his chance to change his life.  I'm gonna go with that explanation.  Why would waking up gay mean that he didn't like rugby any more?  Why would he feel compelled to start fashioning women's hair?  So all the gay guys who are out there who are truckers, office workers, miners, doctors etc - you are lying to yourself - stop living in denial.  Embrace what you really are - a hairdresser.  Frankly, fuck you, guy, for heaping this bullshit upon us.  Thanks for setting back gay rights (because if you can 'become' gay then you can 'become' straight) and reinforcing shitty stereotypes (all gay men are hairdressers).

That being said - the hot guy I want to bring to you this week IS a hairdresser.  And yeah, he's gay.  Damn.  Damn Damn Damn.  I do want to be clear here though - there is nothing wrong with being a hairdresser.  People can be whatever they want to be.  I'm 100% sure that this week's guy wanted to be hairdresser and would have wanted to be one regardless of his sexuality.  The fact that he is gay didn't make him a hairdresser. Although it may have made him a much more successful hairdresser because, let's face it, we are kinda fabulous.  Udo Walz is a prominent, German hairdresser whose clients include Claudia Schiffer, Heidi Klum, Julia Roberts and erm, Angela Merkel.  He is very cute indeed, I prefer him as he looks now - all cuddly and grey-haired.  Some people might prefer the slimmer look he had a few years ago but, fuck you, I don't so guess what kind of pictures I am featuring?  Well, ok, as it's you (sweetie-kins) I will include one of his older pictures.  You really do have me twisted around your little finger don't you?  The great thing about Udo Walz is that you could have all kinds of fun banging his hotness for hours and then he could give you a nice haircut.  As long as he sticks to the hair up there and not the hair down there. 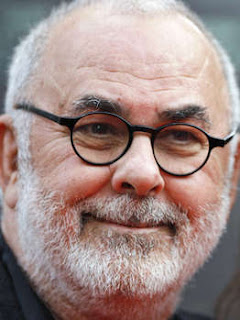 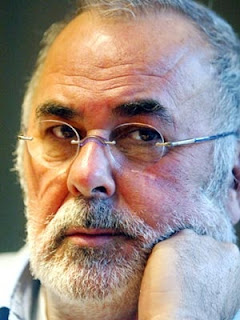 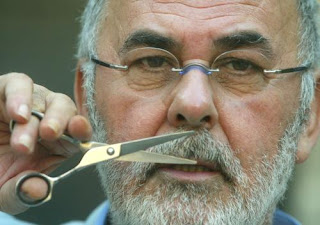 Udo had to deal with an unusually long nose hair 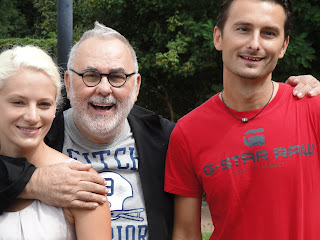 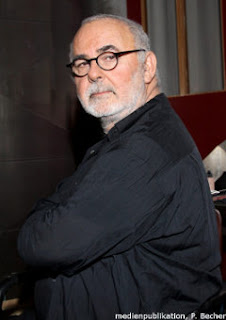 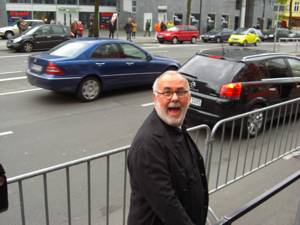 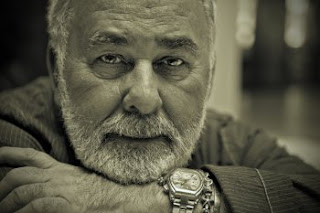 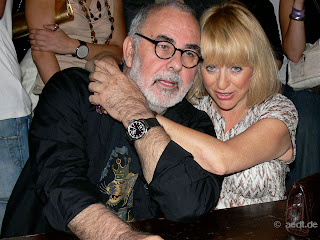 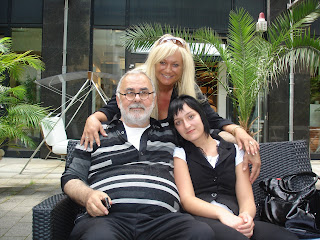 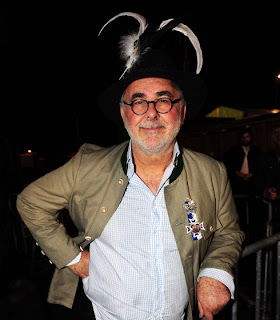 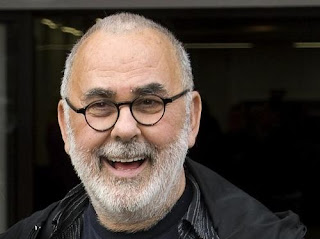 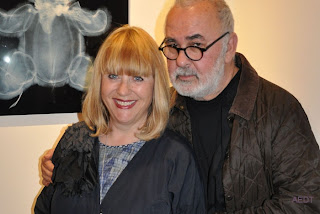 That is, in fact, an x-ray of Udo in the background 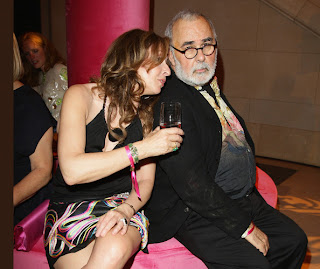 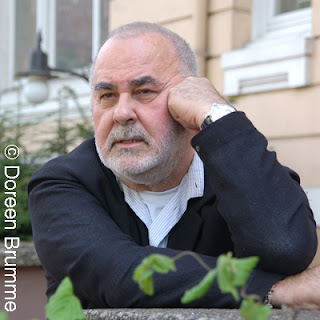 "If only I hadn't been born gay, I could have been a rugby player" 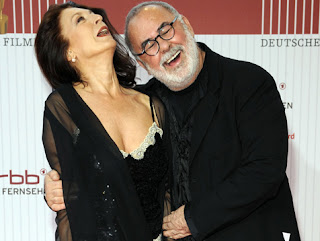 Oh - put them away love. 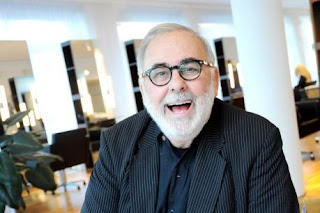 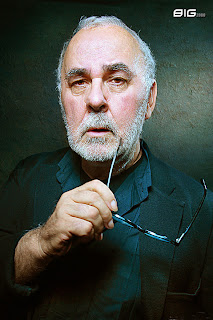 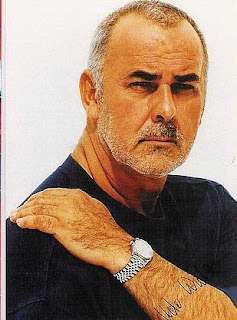 See?  One of his older ones - just for you.  I spoil you rotten.