Hello again!  Nice to see you again.  How have you been?  Has that infection cleared up yet?  Oh really?  It fell off you say?  In the urinals?  Tsk tsk that's not good.  Well, pull up a chair and let me soothe your woes with a rather lovely looking man.

You know that film 'Surrogates'?  The Bruce Willis film where everyone spends their day in the house connected to a machine whilst a robot avatar of themselves does all the real world shit?  Well, it's now very close to being a reality.  An international science project has managed to allow a guy in the UK to have his avatar interact with people in Barcelona whilst rehearsing a play.  Not just interact in the sense of seeing them and hearing them but he could interact with the environment and get sensory feedback about the environment.  It mentioned how this could revolutionize the business meeting world.  Instead of audio meetings or video conferencing, everyone can have their avatars in the same room at the same time.  If you work in a place with audio meetings and video conferencing, you know fine well that one of the main joys is being able to pull faces, eat a packet of crisps, have a scratch at your ballsack and give the finger to people you don't like when they are talking without anyone being any the wiser (you soon learn the technique of how to get away with it on video conferencing).  Now all that is doomed.  Now you will actually have to pretend you are interested all the fucking time.  I hate this technology already.  Or do I?  See, they also mention that it will revolutionize movies.  Instead of just watching and hearing a film, you will be able to touch, smell and taste in the movie environment.  Porn!  Just think, next time you are watching a Gagbear or 100% Robson film, you know that soon you might be able to reach out and touch that ass, gargle those balls, and in some of the less-well produced films, tell the fucking dog that keeps barking in the background to shut the fuck up.  There is a surprising amount of porn filmmakers that are happy to film the hot three-way session with the family pet hanging around in the background.  Maybe it's a special fluffer breed.  Ewww.  I wish I hadn't said that now.

On that note, I will move onto the guy of the week.  This week's entry into the frontier archives comes from the lovely contributor, Phil.  His name is Bob Abbot and until recently he was the Mayor of the Shire of Noosa.  Which is a place.  In Australia not Narnia.  It's on the Sunshine Coast.  I sort of got the impression that Australia got a reasonable amount of sun all over.  Maybe that coast is actually made of sunshine.  He was in politics for 30 years or so and now acts as a Mayoral Mentor.  He also seems to have his own band called 'Bob Abbot and the Green Machine'.  This guy is as Australian as can be - even in still pictures you can hear his accent.  I don't know much else about him  - sustainability blah blah, accolades blah blah...Oh wait, there is one thing I know.  He is a big, hot, burly, fucking daddybear.  And once the new technology mentioned above becomes available, I will be watching every news clip he is in so that I can cop a feel of his packet.  If anyone on that project is reading this, I am volunteering to beta test it for you.  Everyone needs to know just what this guy's bellend tastes like.  Obviously, I am doing this for scientific, altruistic reasons. 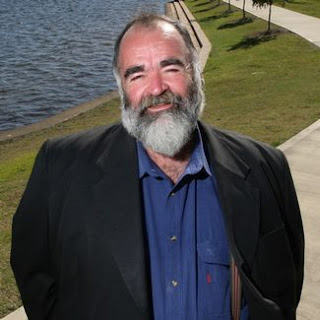 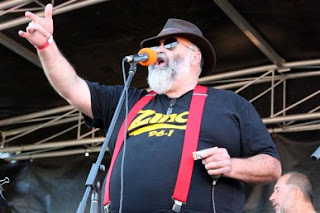 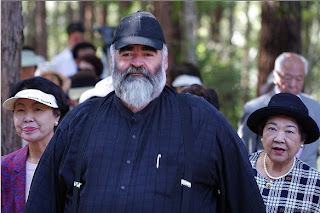 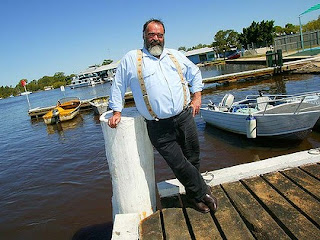 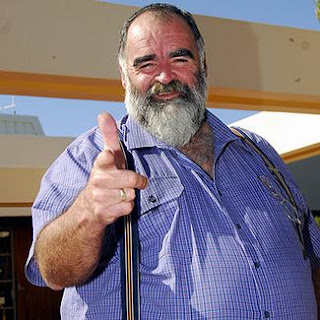 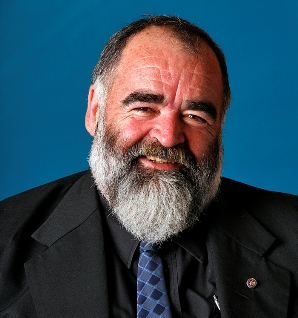 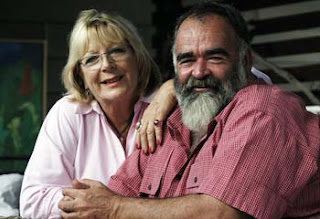 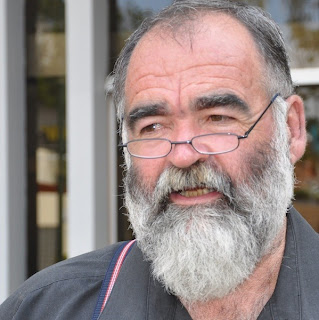 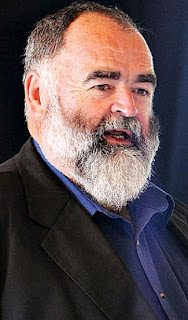 Tell me you can't just hear 'G'day Shiela you Dag!' looking at this picture 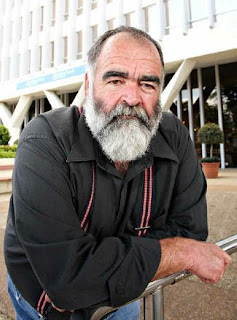 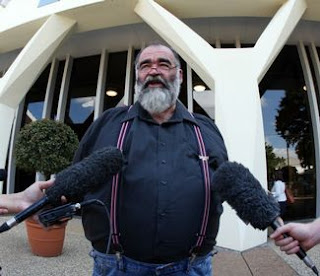 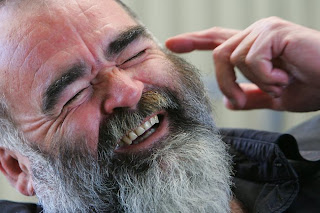 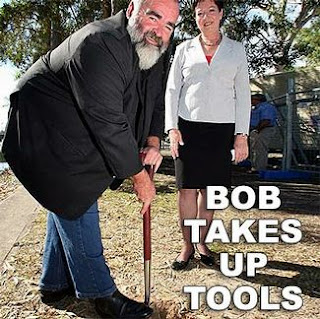 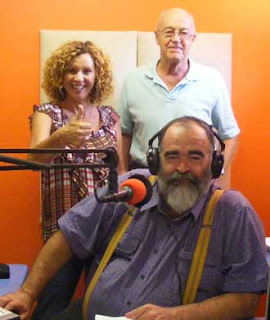 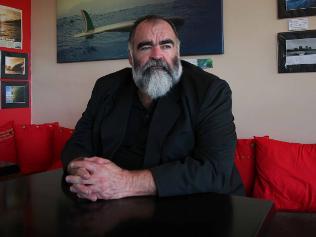 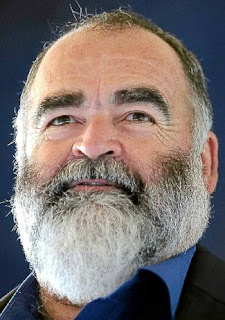 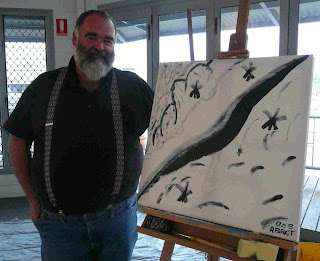 Bob is particularly proud of his latest artwork 'Spiderwebs on my wife's vagina' (Oil on Canvas)
Posted by Growlhouse at 21:42