The Hilarity of the Internet

Hello again dear interpals.  Well you will be glad to know that the freakish yellow thing in the Scottish sky that enchanted and terrified locals in equal measure has not put in one single, fucking appearance this week.  As if some great, ancient Celtic god had been angered by the sound of children playing and people laughing, we were punished for the glorious week of hot sunshine (read Scottish Summertime) by getting snow.  Snow and Rain and Wind and all manner of generally cold, miserable shittiness.  Therefore the general consensus of Scotland (and the North of England) is 'Fuck April'.  Fuck it in the ear.

This week, I have decided to go back and plug the gaps in the frontier by posting about one of the best known daddybears in existence.  As mentioned before, it now feels odd missing some of the greatest and best men out there (which is why Richard Riehle toddled onto the blog).  Wilford Brimley could possibly be the best known daddybear actor that there has ever been.  He was pretty much king of chubby, hairy, older actors for a long, long time.  He is no longer quite as stunning as he used to be (being 78 and all) and therefore Richard Riehle has pretty much assumed that role.  However, lest we forget, in his heyday he was absolutely fucking gorgeous.    Watch any of his films from the 80's or 90's and you are pretty much guaranteed highest quality wanking material.  Unless you don't like hairy chubby older guys, in which case - why the fuck are you here?

That being said, there are a few things that go against Mr Brimley.  First of all, he's not exactly a PETA member.  In fact, he fought to keep cock-fighting legal.  Not those kind of cocks - Jesus, get your minds out of the gutter!  Secondly, he is probably most famous for two things that don't do him any favours.  Quaker's Oats Commercials and Diabetes campaigning.  The latter in particular.  Wilford had a habit of pronouncing 'Diabetes' as 'Diabeetus' which, unfortunately has led to one of the most over-used memes in internet history.  Now, I enjoy a good meme as much as the next person, however once something has been done, oh let's say, 10,000 times before it loses quite a lot.  I use the term 'meme' loosely as all it involved was finding a picture of Wilford Brimley and writing 'Diabeetus' on it.  All of which makes it particularly hard to find decent pics of him on the net.  Nearly every nice image has been ruined by some talentless, unfunny 14-year-old cockbag.  Seriously - look here.  Hilarious isn't it?  Even after the 150th little retard has essentially posted the exact same fucking joke.

Anyhoo.  He has starred in some awesome films such as Cocoon, The Thing, The Firm, The Natural, The China Syndrome and the original True Grit.  He was also in Hard Target.  Which I have watched several times.  Look, I know that the film is bad enough to invalidate anything I say but he looks smoking hot in it.  He does, unfortunately have the worst, I mean worst, french-cajun-australian accent in it but he looks very pretty.  Cocoon should be known to every daddybear lover.  Mainly for the swimming pool scenes and the scene where he strips off and gets in the shower with his screen-wife.  That was the point in my life where I found out it was illegal to masturbate in the cinema during the showing of a family film.  Fascism is what it is.  So what if the kid in front of me ended up with saltier than usual popcorn.  There is another film worth watching for his hotness and that is a TV movie called 'Blood River'.  It involves his character spending the night humping prostitutes and then soaking in a tin bath looking all furry and spent.  He looked best to me in the film 'The Firm'.  Despite Tom Cruise's presence, I was able to ogle Mr Brimley in his tinted glasses almost.  His arse looked fantastic in those suit trousers.  Here as some pics that you have no doubt seen before but it was necessary to fill this void in the Daddybearfrontier archives. 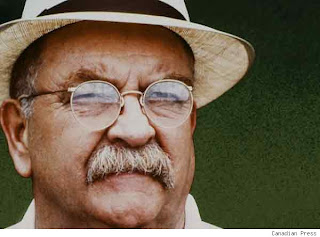 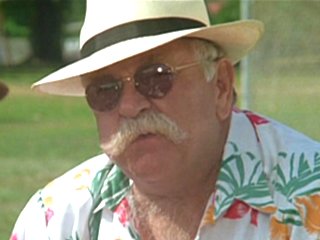 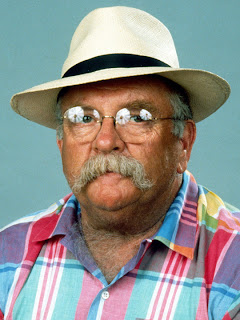 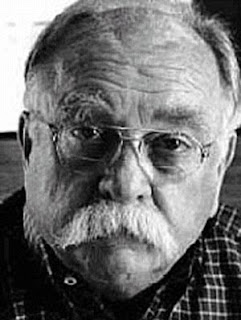 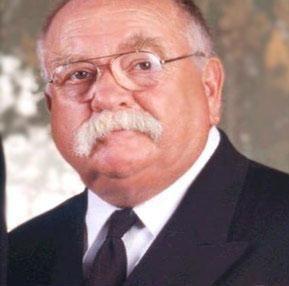 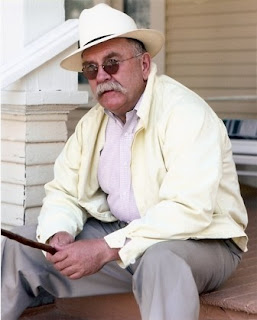 Yes.  Yes I have photoshopped this picture to replace that stick with a penis.  It is my screensaver 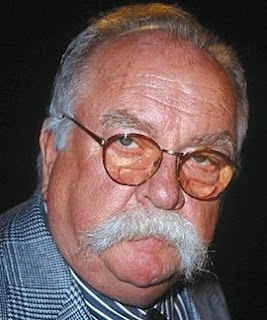 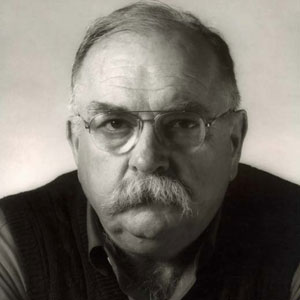 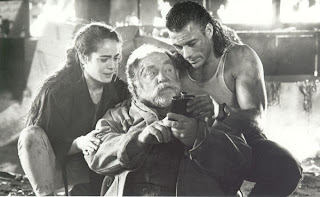 "See?  You can see from the reflection in this hip flask just how fucking ridiculous that mullet looks" 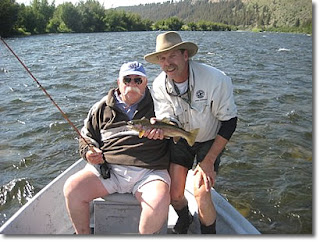 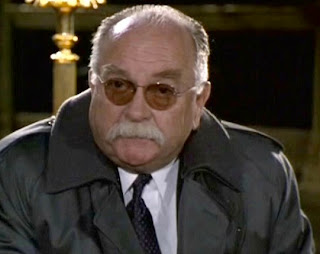 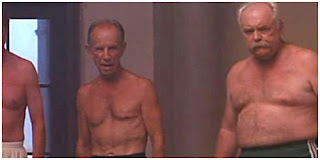 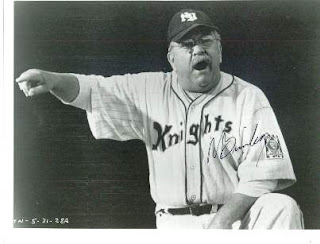 "Keep Government hands off our cocks!  If want to watch angry cocks getting their blood up with a bunch of other guys then I should damn well be allowed to!" 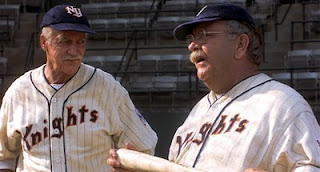 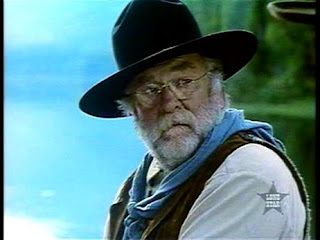 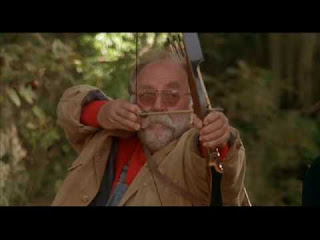 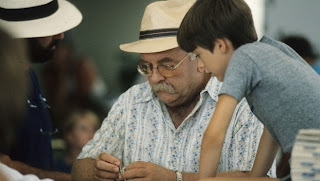 "Goddammit!  Every joke in these Christmas Crackers just says 'Diabeetus' " 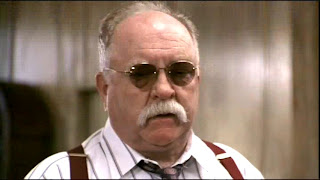 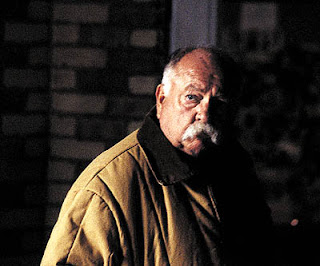 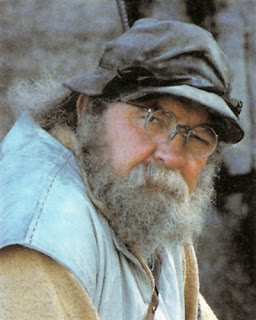 "I'd totally love to be in a Star Wars film - they were huge.  Wait...What the Fuck is this shit?  Fucking Space-teddy bears???"
Posted by Growlhouse at 18:52