Well possibly the most exciting, and potentially mind-blowing, news this week is that I have actually started to draw again.  I had taken a very long break from it but am now trying to get back into the swing of it again.  I have decided to create a sequel gallery to the 'Victoriana' ones that I had done last year.  First time around, the images were very much focused on typical Victorian gentlemen but I wanted to explore the other side of tracks a little this time around and focus on the rougher men of the period.  So I have finished the first of the images and thought I'd give you a preview.  It's called 'St.Peter's Needle' which was Victorian slang for 'Severe Discipline'. 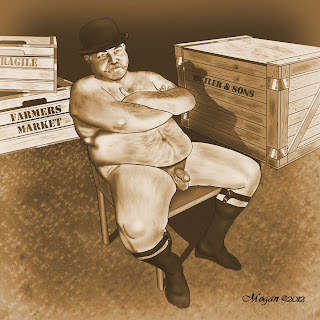 Anyway, I am back in Italian politics this week with a guy that a contributor (the lovely Giuliano) had brought to my attention.  One thing that you can usually be guaranteed with a politician is an adorable, full-on sleaze story and this week's entry doesn't break your expectations.  Franco Nicoli Cristiani is (was) Vice President of the Lombardy regional council.  I say 'was' as he is currently under house arrest.  So if you like him and feel like seeking him out, he's totally in his house.  All day long.  Sort of like me except I am a voluntary shut-in.  Unfortunately, his sleaze story doesn't involve kinky leather-bound sexcapades or masturbating in the face of Placido Domingo on live television (I would pay a lot of money to see that).

No, sadly it's just bog-standard corruption.  Something to do with illegal waste trafficking.  Yes - there is a black market in poop (brown market?).  Innocent poop is kidnapped and sold onto to dubious countries in an underground poop-slavery scheme (Brown slavery? - ok no more I promise).  He took a bribe for 100 thousand Euros and what did the police find at this house?  Two bags full of money that totaled 100 thousand.  And a basement full of waste.  That last bit's not true but I like to imagine the waste being liberated and returned into the loving arms of it's owners.  So a very slick criminal mastermind then.  Apparently he has never heard of a bank.  He has two nicknames  - 'cinghialone' which I think is some kind of ogre and 'dormouse' because he tended to sleep his way through the sessions of the council.  Waking up only to take bribes apparently.  Unfortunately, as he is under house arrest and not in prison 'Chubby Bitch' will not be a nickname for him.  Well, it is in my fantasies because, well, I totally would use him as a sex toy in prison.  He wouldn't get a moment's rest.  I'm not sure if being under house arrest prohibits him from doing  webcam sex shows but he really needs to consider that as means of extra income now that the illegal demand for used condoms, syringes and soiled nappies has been uncovered.  What's he got to lose? 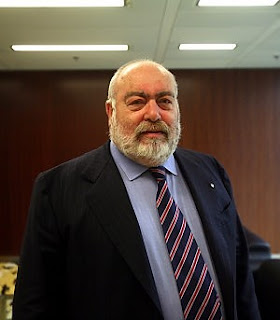 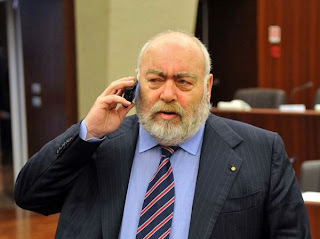 "I'm on my way to the toilet just now.  Meet me in the car park in 20 mins and I'll give you another fresh batch" 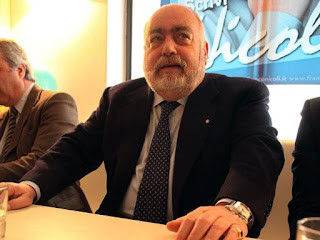 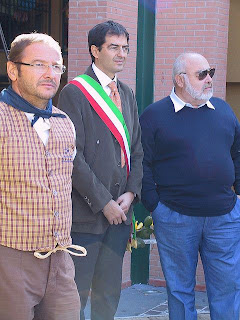 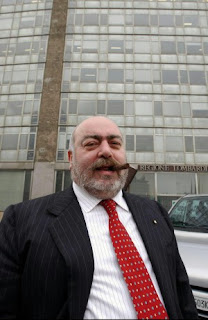 Chubby, in a suit, bearded with a cigar.  He missed his calling as a star of 'Bear Films' 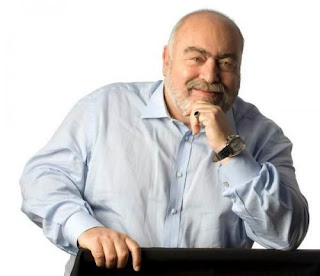 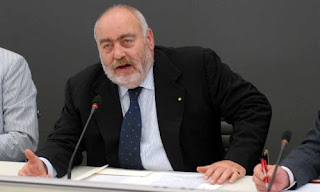 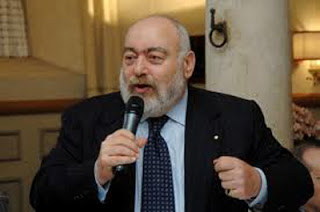 Please, please, please tell me that he was a regular attendee of Berlusconi's Bunga Bunga parties 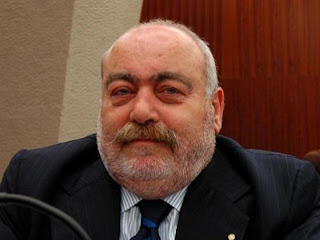 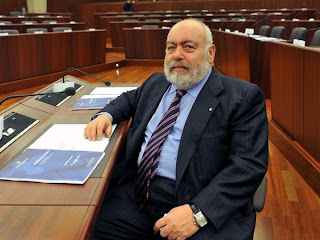 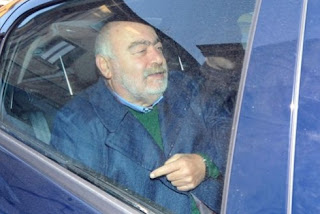 "Look at these silly people flushing their poop away.  That's Brown Gold you are throwing away!" 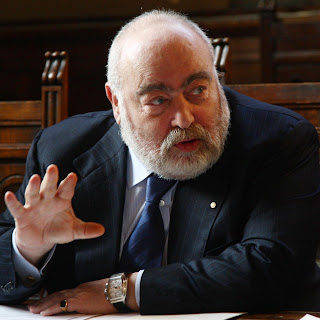 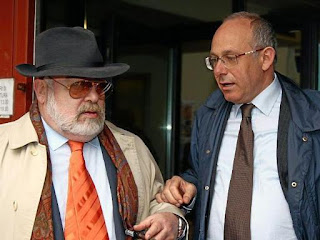 Arrested.  Disgraced.  But still full of continental style!
Posted by Unknown at 18:27