It's been some time since I posted on here.  I'd like to be able to say that I have spent the last few months training, like Christian Bale in 'Batman Begins', in a Tibetan monastery in the mystic arts of snapping candid shots of daddybears with my camera phone.  Or even that I had been kidnapped Somalian pirates and staged a daring escape, weaving a lock-pick out of pubic hair.  But alas, I have just had other life stuff happen.  Numerous bouts of tonsillitis and a heaving day-job work load have left me with no energy to do anything other than lie on the couch and eat Oreos.

So, for the very long gap, I wholeheartedly apologize.  That is not to say that I haven't still been looking at hotness on the web.  I was tired, not dead.  There is a famous saying that there are only two certainties in life: Death and Taxes.  In reality, there are three certainties: Death, Taxes and that there will always be cute guys working in any field you can think of (except maybe nuns).  I have featured many an actor, businessman, politician, artist and musician on this blog.  But not many scientists.  I plan to correct that now, given that Science is what I studied and all, I feel I have an allegiance.

When I was growing up, there used to be lectures shown as part of the 'The Open University' on TV.  For those unfamiliar, the Open University is a long distance learning method used to attain degrees.  None, and I mean absolutely NONE, of the people who presented these lectures (usually on Maths or Physics) were designed to be put on screen.  Monotone and fidgety, you would be introduced to the concept of Heisenberg's Uncertainty Principle by a man in shockingly tight blue Farrah trousers, a brown checked tweed sports jacket (possibly with elbow patches), usually a cream shirt with various questionable shades of brown stripes and a kipper tie.  The hair (oh god the hair!) was usually dark brown (no blonds allowed), wavy and usually combed at a steep incline towards one side.  Add a pair of magnificently huge glasses and a rather unkempt beard, you had a perfect OU presenter.  The geekiest of geeky, there was still something sort of attractive about some of these men.  I think it was the complete lack of fashion that made them appealing.  Nowadays of course, the OU has super sexy and engaging people who actually know how to present ideas in ways that make you want to learn, such as the awesome Professor Brian Cox.  The chubby daddybears geeks are consigned to cupboards where they will never be seen again.

But there are still some very sexy scientists to be found.  And Niles Eldredge is one such man.  He is a paleontologist on the curatorial staff of the American Museum of Natural History.  He is an expert on Charles Darwin, I'm guessing that refers to Evolution and not things like Darwin's favorite colours and waist measurement.  Very, very cute and distinguished looking, I would be very keen to attend any lecture he was giving.  I don't have to listen to the bits about evolution.  I know fine well that all species are exactly the same as they were when we were seeded here by the Tinglemop race from the Vega system.  According to some, possibly dubious, recent surveys, only 40% of Americans believe in Evolution.  If that is true, I am amazed that Niles doesn't spend his days kicking random strangers in the tinklebags for their stupidity.  Mmmmm.  I bet Niles Eldredge has lovely tinklebags (that's my cute phrasing for balls). 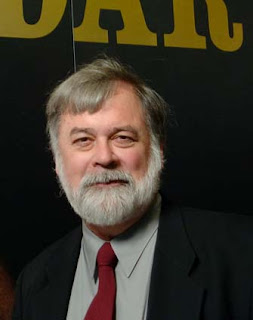 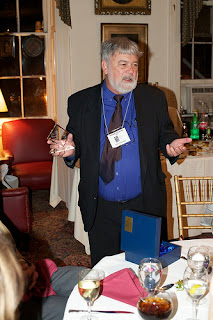 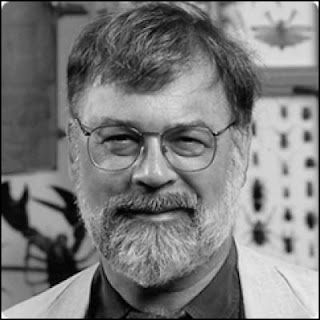 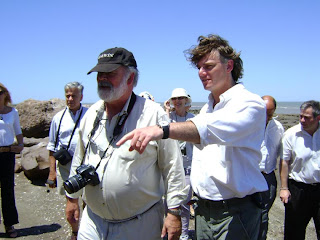 Niles Eldredge shows off his skull collection of the people who made fun of his last paper. 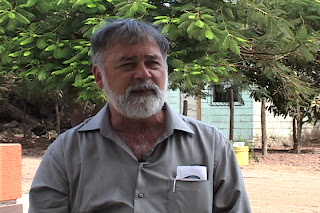 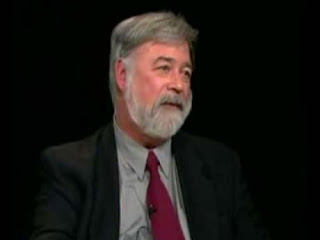 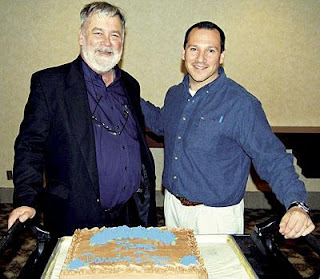 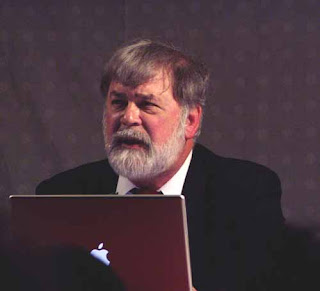 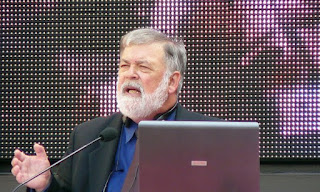 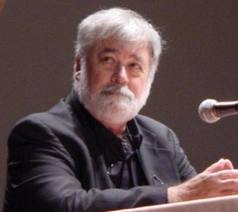 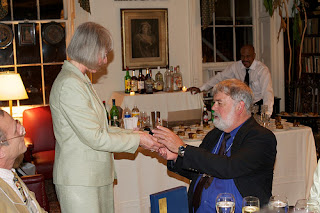 "Aaaah..I can see from your hands that you evolved from the Komodo Dragon.  ZING!" 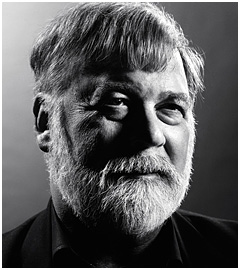 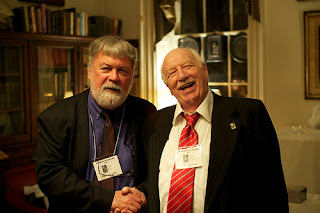 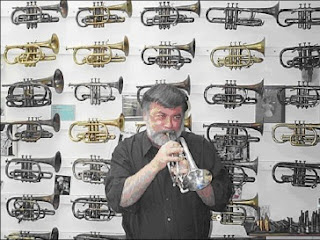 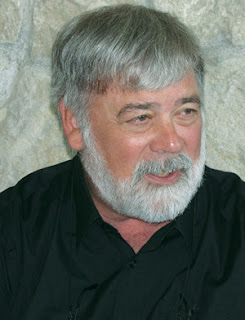