Come to Spain. Join in the protest

The world is in turmoil.  People are dying in wars.  Large sections of the Amazon Rainforest are being eradicated each day.  Rioting and police brutality are taking place on the streets.  Economic crisis is making it impossible for poeple to get by.  Justin Bieber is still in the charts.  All of these unspeakably evil and terrifying events besiege us everyday.  The times look dark and we search for some light at the end of the tunnel.  Some candle to lead us out of this darkness and into a bright new tomorrow.  But what can you do?  You could join the protests in the streets, you could give to charities to protect our environment, you could tear down your Justin Bieber swimsuit calendar.  But fuck that.  That all requires lots of effort and stuff.  Isn't there an easier way?  There is. Daddybearfrontier has been nominated as Best Bear Blog / Podcast and Mogancomics has been nominated in the Best Bear Artist category in the annual 'The Complete Bear' Best of Bears.  By clicking on the following link, you could vote me in both categories (ignore the fact that there are better blogs and artists).  Vote for a better tomorrow, vote for a bright future, vote for Daddybearfrontier and Mogancomics.  Well......ok, the vote won't help poverty, environmentalism or Bieber sales in anyway, but it couldn't hurt.  And in the end, isn't that all that matters?

I have mentioned many a time before that Spain is my favourite country in the world.  It's just the best place.  And it has more than it's fair share of bearish hotness.  Actually, a LOT more than it's fair share.  Hey Spain - stop being greedy dicks and give some of those daddybears to other countries!  Several have featured in this blog before and it is time for another entry.  His name is Jaume Figueras.  He is (was) a Film critic and directed shows such as 'Cinema 3' and 'Cinema Mil'.  Beyond that, I can't tell you much.  Hopefully some helpful people can fill in extra details in the comments.  What I can say is that he is gorgeous.  In the UK, for many years we had a guy called Barry Norman as our primary TV-based Film critic.  I personally hated him.  He was an arrogant, pretentious twat.  He was also not attractive in any way.  This was possibly his greatest flaw.  He has been followed by better critics but none of them have had that crucial 'record, pause and wank' factor that is essential to respecting a person's opinion in my mind.  Spain, on the other hand, had this gorgeous little polar bear with a sexy smile, grace their screens with his presence.  It's not fair.  Movie stars get a lot of perks.  Money, Fame, getting to the front in the queue at Burger King.  And now I find out they got to meet this sexy bastard as well???  It's an outrage.  As a sign of protest, I am starting my own 'Occupy' movement which will involve camping out in his bedroom and bathroom.  I am part of the 99% that have never got to touch Mr Figueras's ass as he walked by.  It might not have any of the more noble intentions of other Occupy movements but disparity is disparity.  Mr Figueras - prepare to be fondled. Vive La Revolution!!! 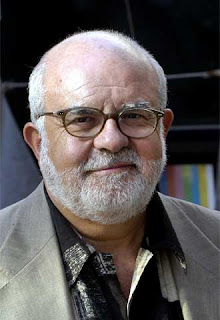 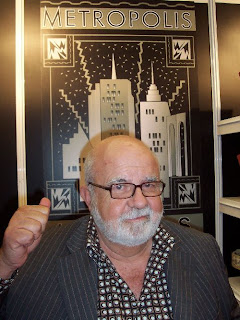 Jaume Figueras shows his support for the 'Occupy his bedroom' movement. 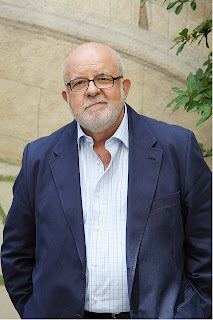 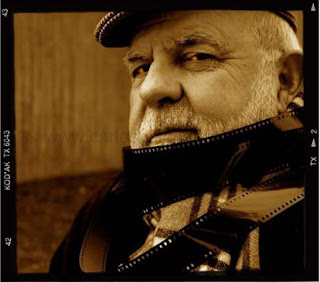 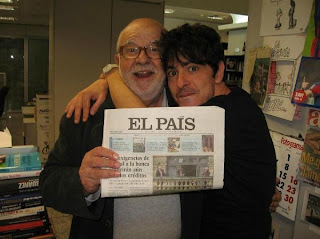 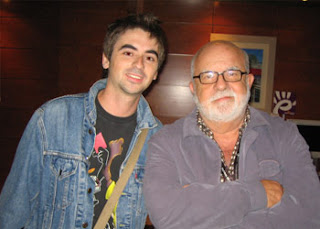 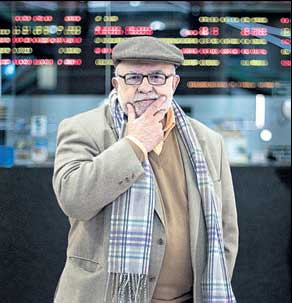 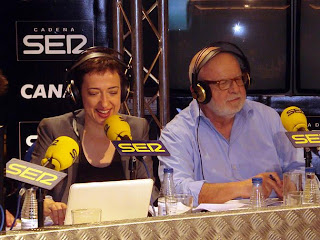 Headphones are a novel idea to Jaume 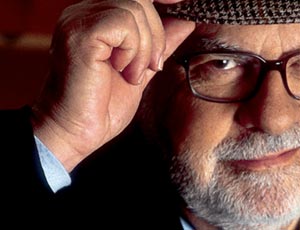 It doesn't matter how much you arch your back and push out, those breasts are not going to look any more impressive 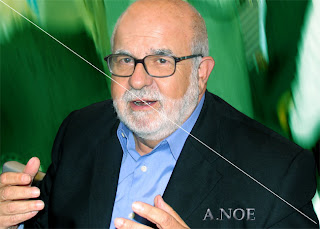 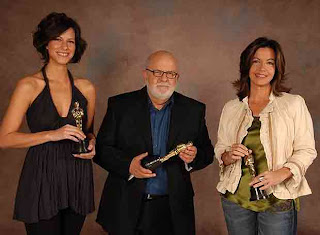 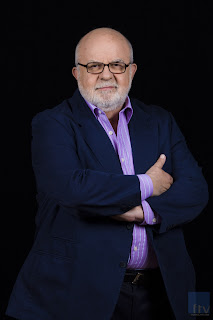 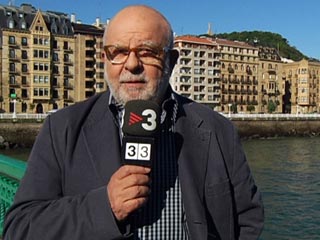 "This is Jaume Figueras reporting from outside my apartment where hordes of people are refusing to leave my bedroom until they each get several strokes of my bottom. "
Posted by Growlhouse at 14:19