One to make your spine tingle

Blogger is being a bastard this evening and wiped out everything I had typed.  It was insightful and witty, daring and full of innovative prose and challenging ideas.  It was probably the best article I have written.  But it deleted everything.  It makes me sad that you will never know the joy of it.  However, it is gone and there is no point dwelling on it.  And I have forgotten most of it anyway.

So, Halloween is here again.  All the ghosts and ghoulies (and ghosts with goolies) come out to play.  And are really fucking pissed off at how little we celebrate it in the UK.  When I was a child, let's say 10 years ago, or you know 30 if you want to be pedantic and bitchy about it, the TV was full of horror shows and films on Halloween.  Not anymore.  Now the most horrific thing you see is Simon Cowell on a chat show.  Which is still pretty terrifying to be honest, but unlike horror films, is not fun in any way.

There was a period in the 70's and 80's were horror directors became really well known.  George A. Romero, John Carpenter, Wes Craven all hit prominence during this period and have been lodged in the public consciousness as masters in the genre.  Unlike nowadays where films like 'Saw XXIV' are directed by pre-programmed computers.  But one man, who is held in the highest esteem in the horror field, didn't seem to get the public recognition he deserves.  Equally important to the development of horror in the 80's was Stuart Gordon.  And oh my, is he a hot, fuckable daddybear.  He is best known as the director of 'Re-Animator' & 'From Beyond', but is also the writer of 'Honey, I shrunk the Kids' and 'Edmond'.  His most important contribution though is that in the development of a tent in my underwear.  It's time his cuteness was acknowledged.  Furry, Chubby and silver bearded, he fit's this blog perfectly.  Now, he needs to direct (and star in ) some gay porno to round off his impressively varied career.  It feels incomplete without it. 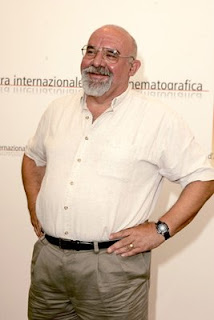 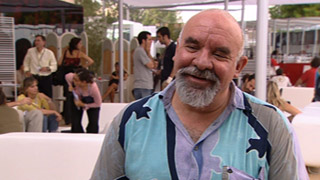 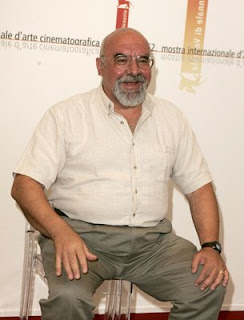 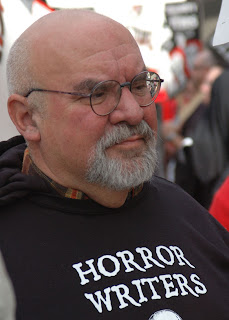 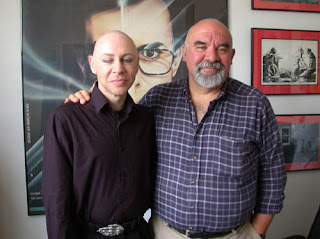 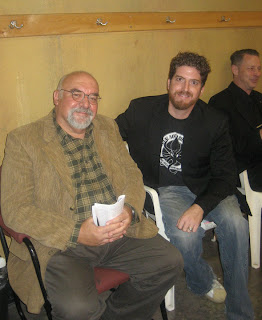 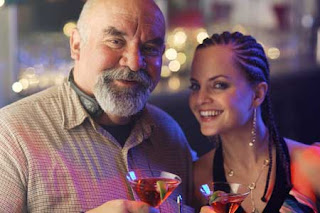 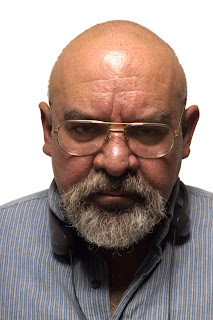 Mean looking and sexually demanding.  According to IMDB 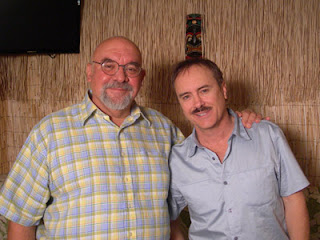 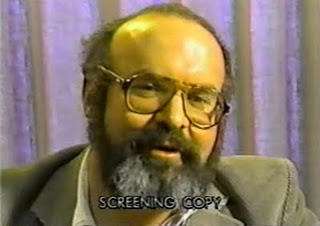 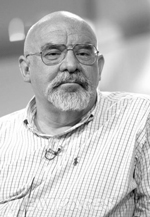 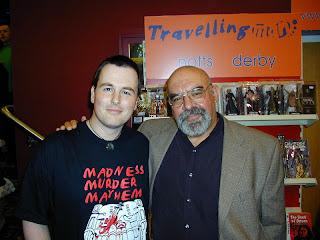 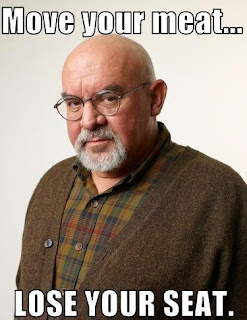 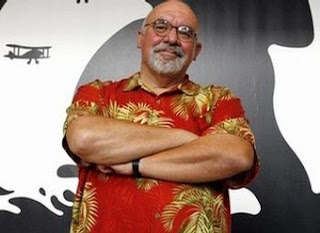 AAAAAHHHHH!!  In the name of all that is holy!  Please stop with the shirts!
Posted by Growlhouse at 20:28