When I was a young lad, say 11 or so, I took up Karate.  I honed my body and senses to become, at once, the perfect killing machine and truly connected to my surroundings.  Well.....Okay that's not entirely true.  I joined Karate class, at the tail end of the Karate Kid boom, with visions of flying kicks and being able to knock out people by using only two extended fingers.

Unfortunately, Karate class isn't quite like that.  Usually for 40 mins of the hour-long training sessions, we did squat thrusts and push ups.  Sometimes we would punch the air or kick, rather unenthusiastically, to the sensei's shouts of 'Ich, Ne, San, Che'.  For the last 20 mins we got to spar, which most of the time meant half-heartedly lifting your leg to pretend to kick whilst you chatted to the guy you were paired with.  The kicks had all the impact of someone throwing a sock at you.  Occasionally, you would swap and get paired with a guy who was actually taking it seriously.  This usually resulted in me getting kicked in the dick.  I did it for two years and got to blue belt level before deciding it was more fun to go shopping for records than being kicked in the dick.  I once took part in a tournament and got beaten in 5 seconds.  It was not really my finest moment.

One of the key things that kept me going for two years twice a week was that the adult class was immediately before junior class.  As we were getting ready for class, the adults would come into the changing room all hot and sweaty and ready to hit the showers.  It was a matter of perfect timing to make sure I could get in, get undressed and then put on my outfit (at least the trousers) before the adults came in and stripped off.  I didn't want any accidental boner incidents.  There was one chubby, grey haired guy and one stocky furry guy (with a gorgeous moustache) who always attended and always stripped off for the shower.  The guy with the tache wore no underwear under his suit, the chubbier guy wore, in retrospect, rather disturbing tanga pants.  It was military prescision.  If I got changed too slow, they would see my erection as their sweaty junk danced around the small changing room.  If I changed too quickly, I could be finished before they have even taken their belts off.  But I saw enough daddybear cock to keep me very happy.  Why wasn't portable recording equipment available then??  I have to rely on my ever-fading memories of those happy days.  As a rule though, famous martial arts experts aren't very cute.  Steven Seagal, Jackie Chan, Van Damme - none of them are people I'd like to see in the changing room.  But a contributor did bring a guy to my attention that I most definitely would.  Sensei Patrick McCarthy of Canada.  Wow is all I can say.  Well, it's not all I could say but I don't want him to beat me to death.  He is ranked an 8th dan (which is two below me on the Commodore 64 game 'Way of the Exploding Fist'  - pussy), and is the developer of Koryu Uchinadi.  So now you know.  I hope you enjoy him - although I would advise keeping a respectful distance (at least out dick-kicking range). 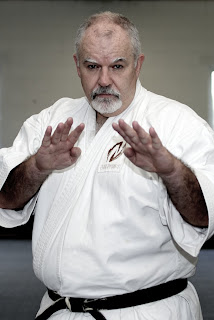 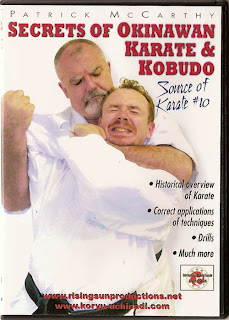 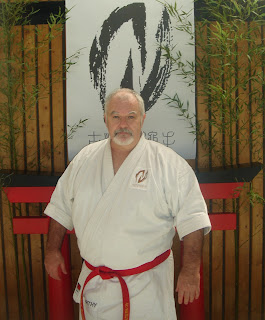 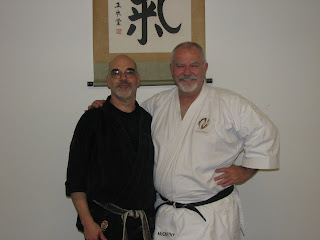 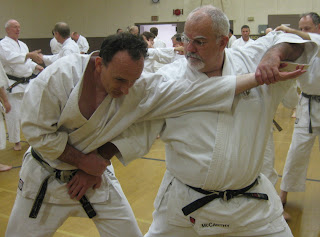 "Hi Sensei McCarthy, Im very honoured to me-"  "PUNCH TO THE DICK!" 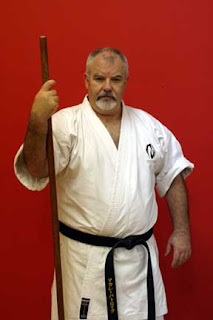 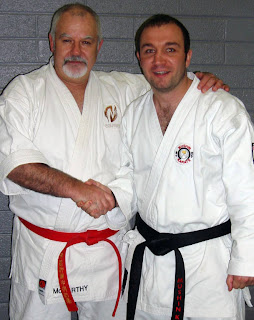 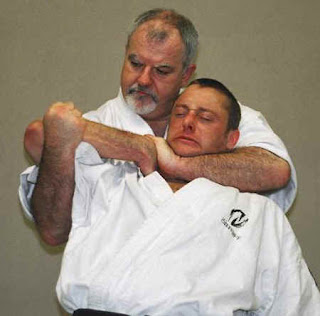 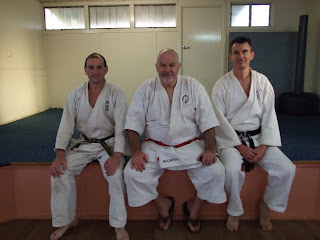 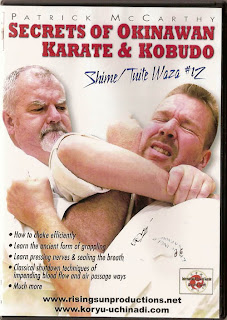 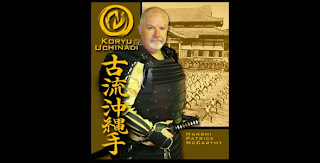 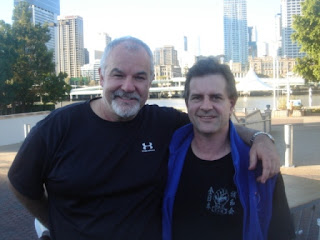 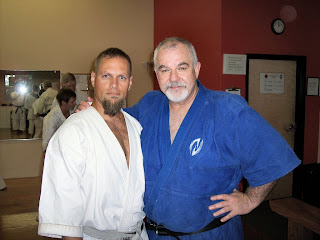 Sensei McCarthy also trains centaurs in the way of Karate 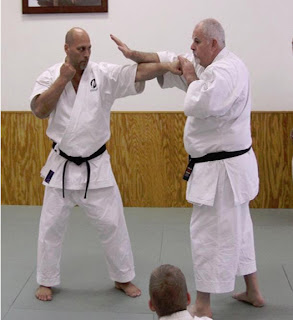 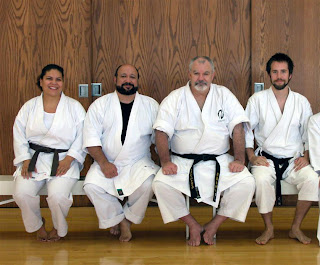 You have no idea how hard it is for me not to say all the sexual things I want to say about this man.  But I am scared of him.
Posted by Growlhouse at 23:06