One of the most-pain in-the-arse things about being attracted to Daddies or Bears or Big Guys is the constant need for people to ask 'But, Why?'.  This, unfortunately, is not limited to slim, everyday types.  It is a constant thread on many a Big guy site.  Why do you like fat guys?  Do you think something happened as a child?  Do you see them as secure?  Were you constantly raped by the ghost of Curly Joe from the Three Stooges as a child?  Even worse are the guys who actually try to answer them and intellectualise their attraction.  It's all "Well, I think Chubs are more kind and patient" and seven other shades of shite.  I have no idea why I am attracted to big guys and bears and older guys.  I just am.  No-one is asked to psycho-analyse their attraction to Brad Pitt.  Every time you are asked this question, you are essentially being told "You are wrong-minded".  So next time you are asked this question, feel free to punch the questioner in the neck and ask him 'but why do you choke?'.  Because it's the natural thing for me to do.   That being said, I have seen people attracted to Paris Hilton and even I have to ask 'But, Why?'.  There are some tastes that have to be questioned.

I have always been attracted to older guys and bigger guys.  Ever since I was a little we'an (that's Scottish for child - the learning never stops at Daddybearfrontier).  Obviously, unlike today's children, I didn't have access to 24 hour pornography on the Internet and most of the sexy neighbours restricted their nudity and sexual proclivities to their bedrooms (upstairs thus preventing me from looking in their windows).  Of course, there were hot men who lived near me that I could look at, and there were hot actors on TV to see occasionally, however the most common source when you are young is cartoons and comics.  So, I am breaking format again this week to countdown some of the hot daddybears that have appeared in cartoons throughout the years.  I have omitted muscle-bears as they are not my thing.  I have also omitted things like the Simpsons (which has some cute secondary characters) and Family Guy (because it's shit. shit shit shit).  So here are some of the cartoon men that formed my early eighties porno collection and some more recent ones that prove that daddybear chasing children can still get their kicks on Nick Jr.

M.A.S.K. was a fairly shameless rip off of G.I. Joe.  It was also fairly shitty.  The animation was at best acceptable and the stories were turgid nonsense.  It did have one saving grace however.  Miles Mayhem - the bad guy.  Gorgeous - and just poured into his uniform.  Everyone secretly loves a bastard and Miles was totally a bastard.  I would have banged him into a coma if he wasn't, you know, a drawing.  And the name 'Miles' isn't really doing it for me but still....  I could be a member of M.A.S.K. , I'd be shouting 'Hey guys, you take out the other henchmen, I'll take out Mayhem with my power-boner'.  Hasbro never replied to my letters about this suggestion. 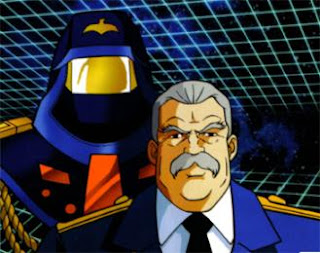 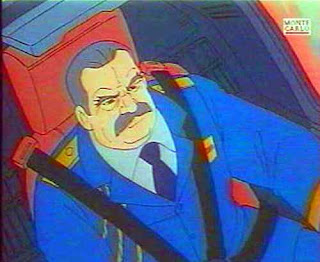 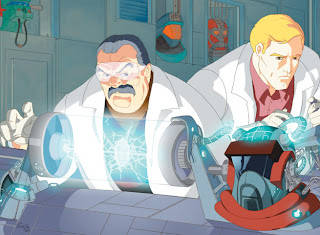 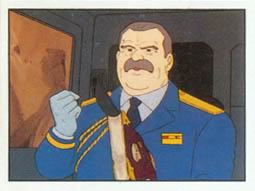 I had two figures of Miles (different uniforms).  I would make them kiss.  I was a lonely child.
General 'Thunderbolt' Ross (from 'The Incredible Hulk')
I am a huge Marvel fan but the cartoons of their stuff are usually awful.  The never had the luck of pulling of critical acclaim the way DC did with 'Batman' cartoons.  They were usually voiced by whatever cleaning staff were in the Marvel office at the time and the animation was always the cheapest looking drivel.  Hulk has had several cartoons and their success at portraying the General is patchy.  This particular General Ross is from the 1980 cartoon and this is where they made him look incredibly sexy (although a little buffoonish).  It might just be me, but I always detected an underlying hint of sexual tension between him and Major Talbot.  Probably just me then..... 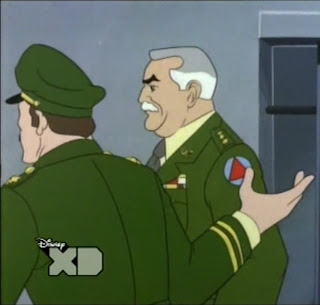 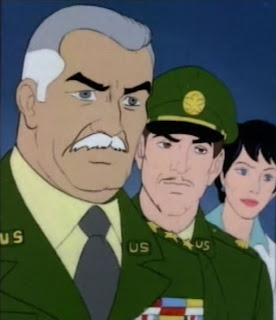 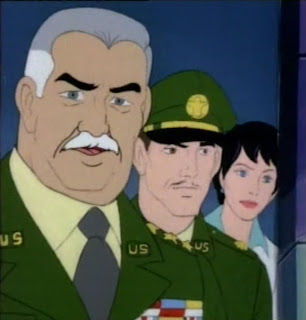 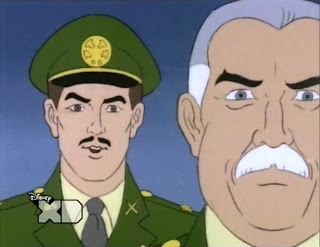 "Talbot!  Just why is your hand on my goddamn ass?" 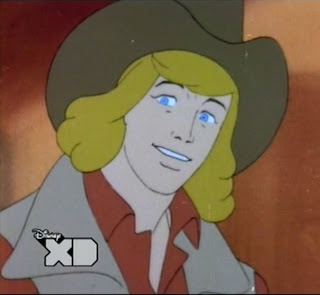 Hulk also had the gayest sidekick ever - Rick Jones.  If you lost a fight to a cowboy with hair like that, you'd kill yourself
Chief Angel Rojas (from 'The Batman')
Speaking of the Bat,  there weren't many sexy men in the cartoons.  Thankfully a dedicated daddy drawer decided to change all that with the introduction of Chief Angel Rojas.  His primary functions were to hate Batman and look sexy.  Unfortunately, the dedication that went into drawing this incredibly sexy fucker was not reciprocated by the twats in the casting department who seemed to cast a four year old child as his voice.  Alas, Rojas will have remain mute in the all-star animated porno I am creating.  But that's ok, he can have a ball gag in his mouth. 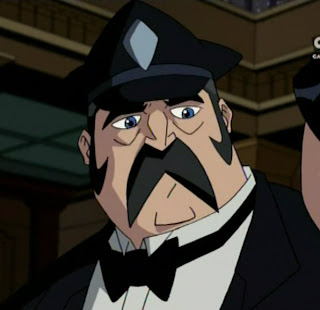 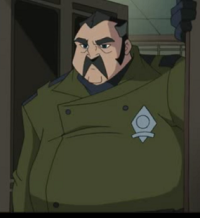 "Don't mind me.  I'm just being sexy and hating Batman" 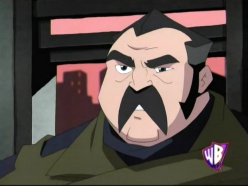 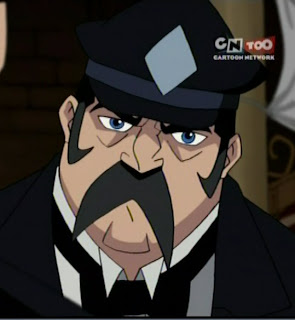 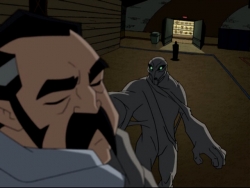 In this episode, Chief Rojas was knocked unconscious and then raped.  The Batman was a very dark children's show
Paw & Grandpa Broon (from 'the Broons')
'The Broons' was not technically a cartoon.  It is a comic strip in a Sunday paper in Scotland.  Now, as a child, I would faithfully read it and it's companion strip 'Oor Wullie' every week.  To this day, I still don't know why.  I never, ever, found it funny.  It's couthy, old world charm was horrific to me.  Even now, where characters will have things like mobile phones and computers, it still feels like it is set in 1945.  I can't talk much more about it as it brings back so many bad memories but I do remember masturbating to both Paw and Grandpa Broon 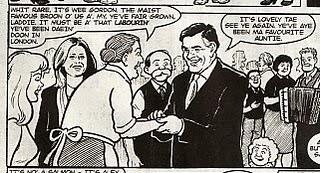 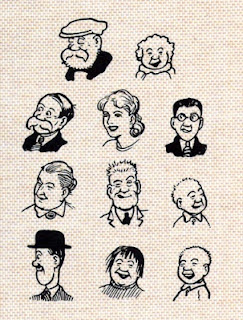 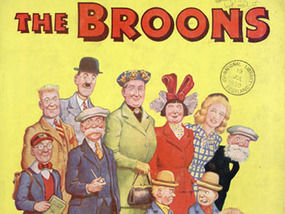 Chief Strombolli (from 'Gadget Boy and Heather')
Another thing I hated.  Really fucking hated.  But, it had a little ray of sunshine.  The Chief.  Okay, he is a little crudely drawn and all but imagination is a wonderful thing.  Also, the artist had a tendency to draw him either wearing no trousers or having them fall down.  So many shots of this chubby daddybear wearing his baggy boxer shorts that I suspect the artist was ONE OF US! 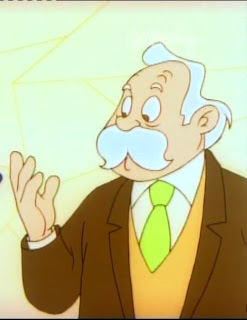 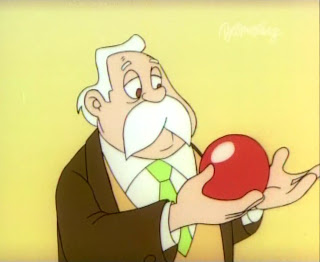 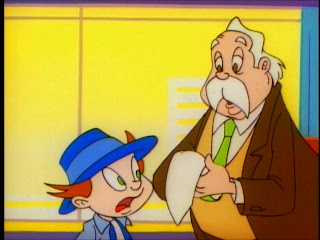 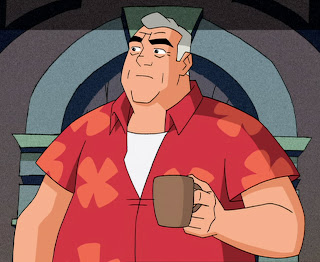 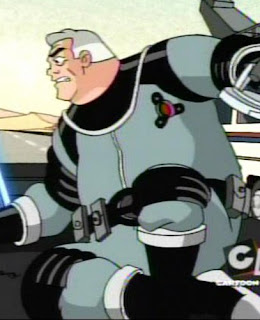 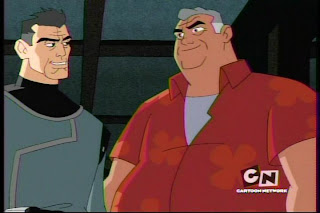 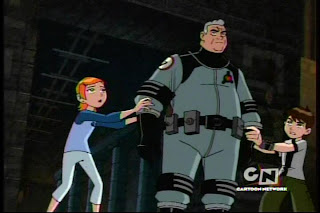 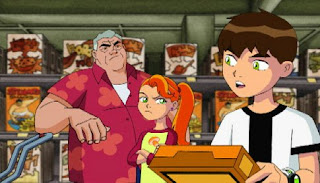 "You know what kid?  Buy the fucking thing or not.  I have had enough of hanging around with you two dipshits.  I'm off to make a solo show about me having lots of sexy and exciting naked adventures"
Posted by Growlhouse at 00:07