Before I get to the juicy details of this entry, some of the more eagle-eyed visitors to this blog may have noticed a new link appear to a blog called 'BigHandsomeMen'.  If you haven't, it's there - go look, I'll wait.

See it?  Groovy.  Many, many a blog follower will have noted the dark day when 'Daddybearwatch' dissappeared from our screens.  A great blog suddenly snuffed out.  With no explanation, no reasoning.  Some people developed 'Wandering Sickness', aimlessly travelling the streets in search of a substitute.  Well, wander no more.  BigHandsomeMen is the replacement site set up by the same guy.  And it is just as awesome.  All the delicious men will be coming back to our computer screens.  As foretold in the sacred documents.

Anyway, before you go there, please note I do have a guy for you this week.  Get your hands away from that mouse Mister!  Now I don't always go for 'chubby'.  I like a little bit of middle aged spread but that can be enough in some cases, and in this case it definitely is!  Anyone lucky enough to live in New Zealand will have seen this guy on a regular basis.  I mean - screw the stunning scenery and the LoTR cast, this guy is THE thing to go to New Zealand for.

His name is Mark Sainsbury and he is the owner of the most famous moustache in New Zealand.  He's a current affairs television presenter for TVNZ on a programme called 'Close Up' and was previously a political correspondant.  Okay - I didn't say he was interesting.  But he is hot and sexy.  He does appear to have lost a little weight in recent times, but I have stuck to where he looks best.  Why do these men insist on wearing clothes???  It's surely some form of torture that the UN have outlawed.  We need this addressed.  He has been described as a 'retrosexual' - which is a soundbite-friendly way of saying he is just a Man.  Rugged, gorgeous sexy voice and, to quote Ghandi, he looks so good in a suit that I'd just cut a hole in the seat of the pants to fuck him.  I am pretty sure that is a Ghandi quote.  Or maybe it was Gagbear.  One or the other. 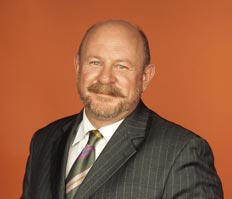 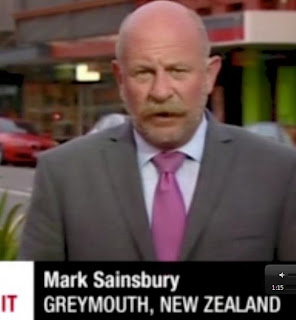 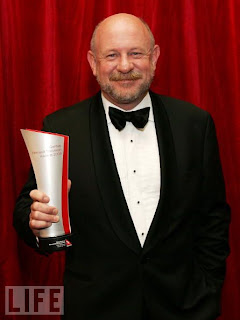 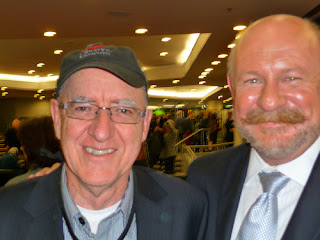 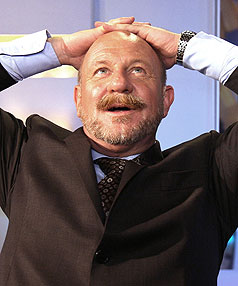 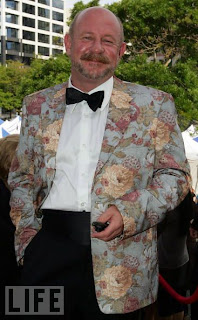 Pictured : Fashion.  Look it up sometime 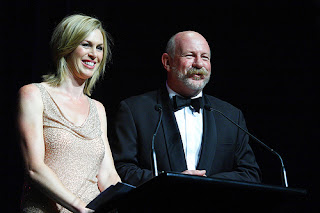 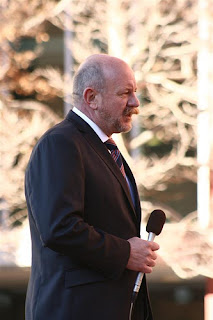 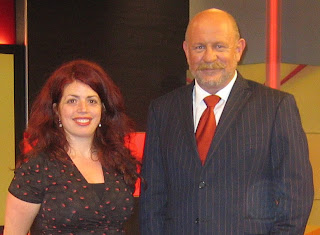