Two for the price of one!

I know my normal pattern is to post a guy and talk pish about him (that you skip over and scroll to the pics).  And certainly there are enough pics of at least one of these guys to fill up an whole entry on.  But the two men are connected by a deep, strong bond - one that goes beyond my usual masturbation and methylated spirit-induced fantasies.  They are both really rather obscure in what they are famous for.  Now I like a manly man and both these guys are definitely manly.  They are both world champions in their respective fields.  And they are both extremely hot.

If I met either of these guys in bar and we got chatting, after about an hour the conversation might move from "Look, I'm not interested, please take your face out of my crotch" and "That's him Officer, that's the guy who tried to chloroform me" to them telling me what they are (or were) world champions of.  Now if they were world champion shot-putters or they wrestled mountain lions I would be all "Awesome!  I can't believe it! Seriously, wow! No, just look at me, don't pay attention to my hands".  But their responses would, if I am honest, illicit a response more along the lines of "Oh...ummm.. that's....that's great.  Wow - your ass-cheeks are really clenched tight".  Without further a do, here is man number one.

Gay Wilkinson.  Only a brave man would make fun of his first name to his face (tee hee - GAY - LOLZ).  This guy is extremely cute.  Really nice build, good strong legs, gorgeous face and beard.  So we are in the bar;

Me  " Hey Gay - that rhymed haha! - sorry about that.  I just spilled a bit of beer on the crotch of your pants and i didn't want them to stain.  It's an ancient Native American technique of sucking the beer out immediately - hope it didn't make you feel uncomfortable"

Gay "That's, um, ok.  Could you loosen off these straps a little?"

Me "Haha - that's not going to happen.  So tell me what do you get up to in your spare time?"

Gay "Will you let me go then?  I'm the world champion anvil launcher.  I put gunpowder in anvils, light a fuse and watch them fly up in the air"

How do you get into that as a sport?  Maybe he decided he was too attractive to the ladies and thought about ways to diminish his undoubted sexual power.  Hey - it's better than World of Warcraft. 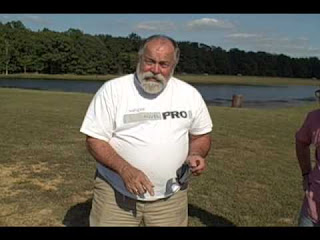 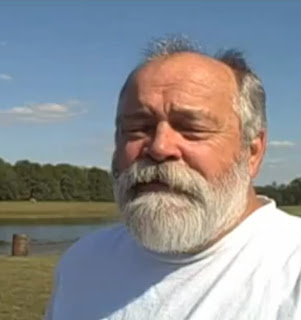 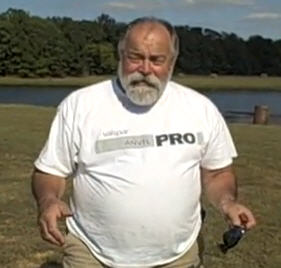 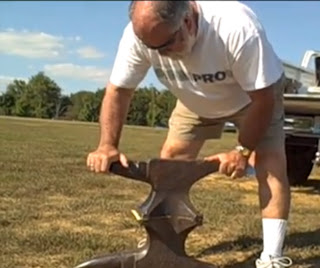 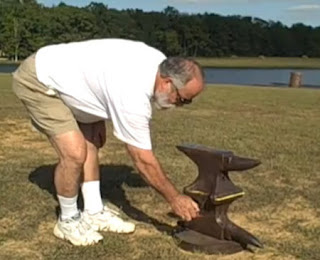 So, onto guy number two.  Now I won't go into the bar conversation with this guy because once you see him, you'll know that there is no way I could restrain him (by myself).   David Foster (Big Dave) is a world champion woodchopper.  Something that is both simultaneously awesome and slightly sad at the same time.  It's a great skill, don't get me wrong, it's just that it's not up there with Javelin or anything is it?  On the plus side, a competition lets you see lots of burly men building up hot fresh sweat.  I'll be in the front row at every event from now on.  This is one big fucking bear of a man - no other way to describe him.  If a grizzly bear had a baby with a mountain, it would be him.  And he has a big chopper.  I'm so sorry  - I couldn't resist it.
WARNING : I have attached a Youtube clip at the bottom for David.  Do not watch unless you don't want his manliness shattered by awful singing and lack of physical coordination.  I couldn't get that clip away from my erection fast enough. 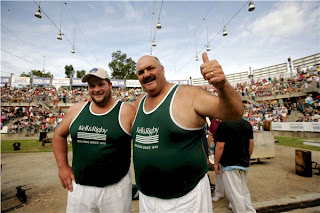 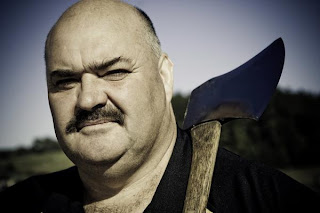 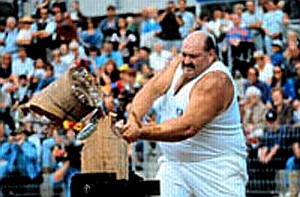 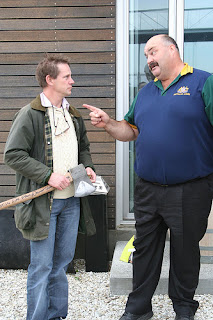 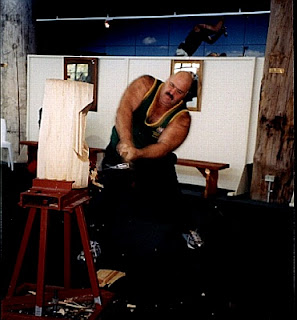 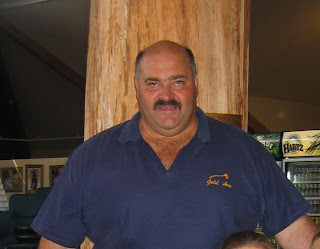 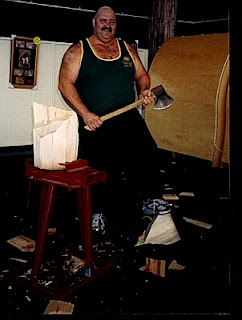 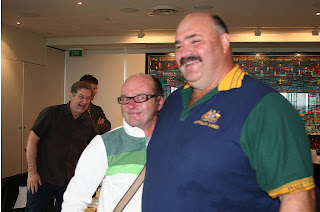 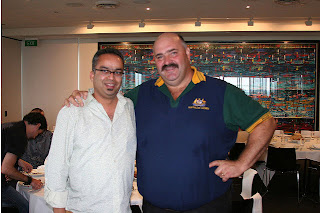 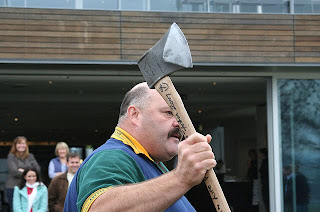 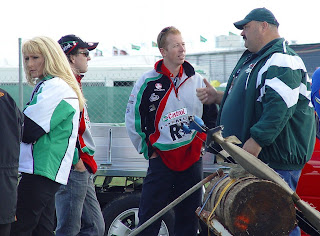 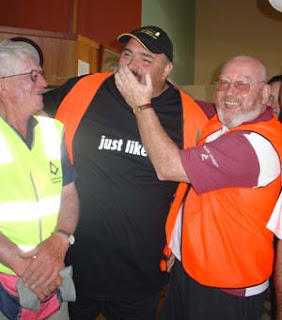