First of all - for all of you who celebrate it, Happy Halloween!  Or for 2nd November - Happy Dia de los Muertos!  For everyone else - Happy 31st October.  I am a big movie buff and a huge sci-fi and horror fan.  I think I may have already mentioned in the past the sheer number of hot daddybear actors that appear in Science Fictions shows to give them gravitas.  Horror doesn't tend to have a such a high eye-candy count.

To be fair, back in the 60's and 70's, when the likes of Hammer and Amicus - along with the Italian horrors - ruled the roost, you could get some hotness from secondary characters.  Usually because Hammer set their films in Victorian times, so you'd be guaranteed at least one heavy-set older policeman or chimney sweep (complete with bushy tache and 'bugger-grip' side burns) appearing occasionally to say 'Cor Blimey, what's all this then?'.  It was slim pickings, but they are there if you look for them.

Now it is a slightly shameful thing to admit that you watched a horror film with your boner on full alert but there is one case where you can be forgiven.  That exception is the Texas Chainsaw Massacre films, and specifically Leatherface.  Now, the whole 'face of human skin' thing didn't do anything for me  - I want to make that perfectly clear.  But you could tell in each of the films that the guy playing Leatherface had an exceptionally hot body.  Look  - you can, just accept it - stop fucking judging me.

In total, 5 actors have played Leatherface throughout the film franchise's plummeting spiral of quality.  I have actually omitted the last two for differing reasons - other than the fact that the films were shittier than a dirty protest at a chimpanzee habitat.  I could find no pics of Robert Jacks, who played the fourth incarnation.  The fifth and most recent was Andrew Bryniarski.  He does nothing for me and, more importantly, he played Zangief in the Van Damme version of 'Street Fighter' - a celluloid abomination that deserves no forgiveness.  He essentially wore a big red nappy (diaper) in that film - unforgivable.  However, the first three actors are definitely worth a mention.  First up is the daddy of them all, the rather grandfatherly Gunnar Hanson.  I have seen him in a few other low budget horror films and whilst his acting skills may be.....................limited, his cuteness is not in question.  You may like all or none of these actors but, be honest, would you really pass up the chance to have 'I boned Leatherface' on your list of accomplishments? 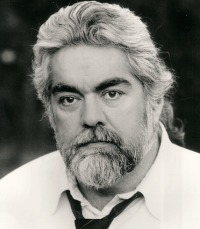 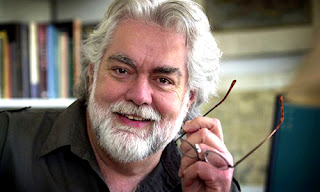 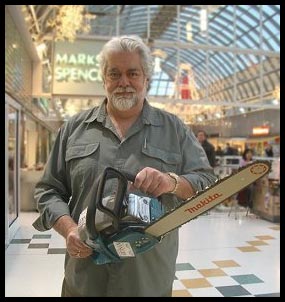 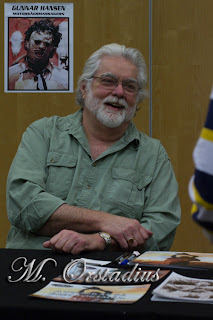 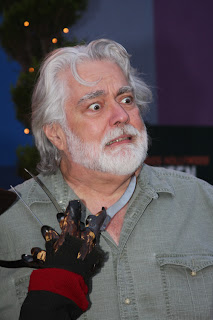 He also likes fishing.
Bill Johnson
OK, I'll admit, for me, he is the weakest of the trio.  Again, he played Leatherface so if he was the one on offer I'd still do him but I'd maybe need a wee drink or two. 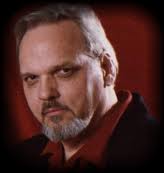 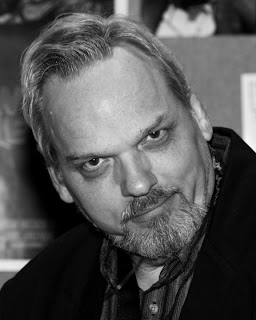 Meh.  If you put the mask back on I can pretend you're Gunnar Hanson.
R.A.Mihailoff
Less of a cuddly chub than Gunnar but more of a rough biker look, R.A. Mihailoff still had a hot body in the Leatherface shirt and tie (it's important to look smart when you slicing apart college student whores for a new outfit).  In the daddybear stakes, he is definitely an improvement on his predecessor.  And in the end, isn't that all that counts?? 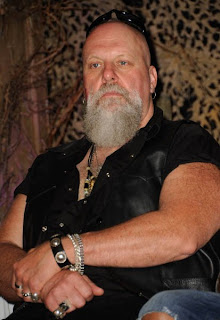 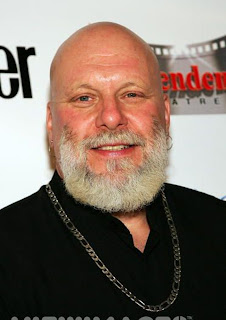 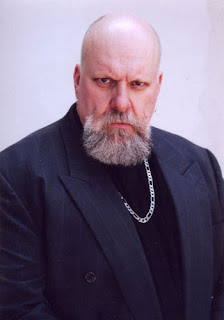 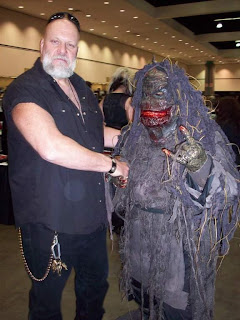 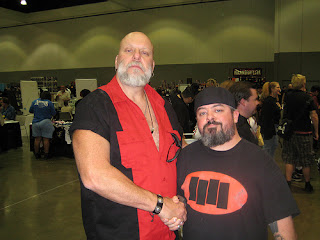 And finally, all three of them together - attacking some git who probably deserved it (hopefully the arsehole who had the idea of putting Leatherface in a dress in TCM: The Next Generation). 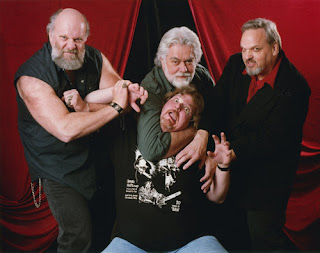