Oil me up baby!

A very big thank you to contributer Kim for bringing this man to my attention.  Being the boss of an oil company isn't probably the most popular profession at the moment.  Obviously BP is the biggie but most people suspect that it could have been any of the oil companies that had this first.  And anyway, we know fine well that the oil companies have been colluding with governments and aliens to suppress the renewable energy sources that they harvested from Area 51.  Bastards.  But I'll forgive one man for his involvement in the coming alien invasion.  And it's all down to the fact that I want to dry-hump him.  It is the CEO of Total, Christophe de Margerie.

Now I have never seen a moustache quite like his outside of Japanese anime.  In fact, that's not true.  Do you remember when Bugs Bunny would give Yosemite Sam a cigar and it would explode?  That's what his moustache looks like.  I love it.  The hours of fun I could have smearing it with jizz (his and mine) so that I could style it.  The most amazing thing is that he still looks kind of distinguished with it.   If I grew a 'tache like that, I'd just look like a tit.  A tit with a stupid 'tache.  He still looks awesome.  But also kind of sweet and cuddly.  Like the kind of guy you could spend hours doing in every position and tossing him off until he cums like Vesuvius, covering your walls and body and then snuggle down and enjoy a Werther's Original caramel together.  One each obviously - not sharing the same one - what kind of sicko do you think I am??  Plus, he's insanely rich.  I'm not saying that's a reason to date him.  Just a nice side benefit.  If he is looking for slightly podgy daddy-devotees to sugar daddy, then I'll happily apply.  Although I may call it off if he wears woolen cardigans with leather elbow patches around the house.  He does sort of look like that kind of guy doesn't he? 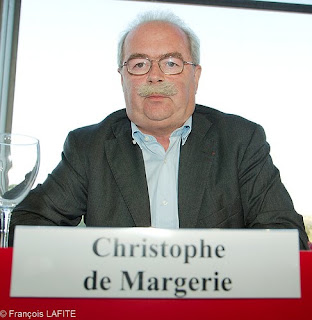 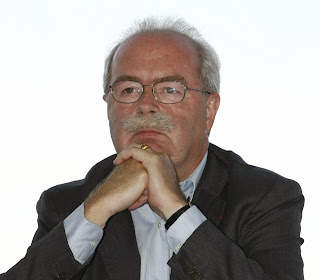 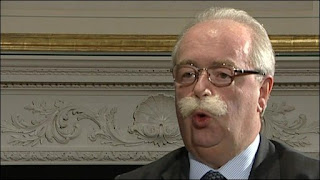 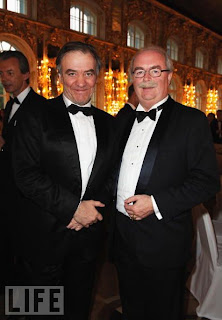 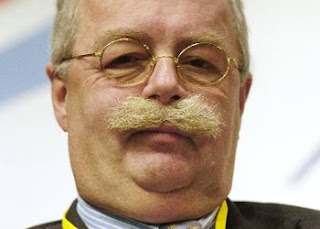 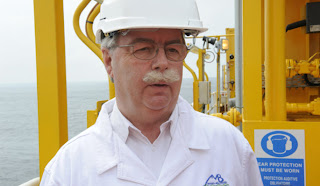 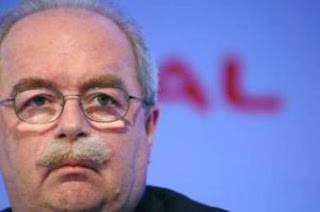 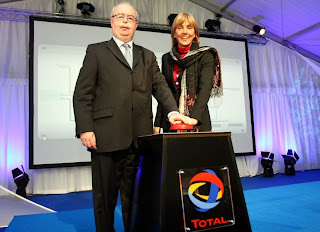 He looks sooo relaxed in front of camera doesn't he? 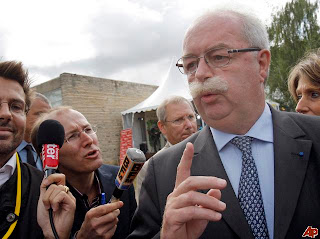