You had me at 'Ass Rape'

Just in case any of the American visitors to this tiny little blog are unaware, there is currently a football competition called 'The World Cup' happening at the moment.  In case there is any confusion, I am referring to football - where you use your feet as opposed to that version of rugby for girls that is played in the US where you use your hands :-)).

I do like football, but I do take time out from enjoying the games to enjoy some of the furrier, cuddlier delights of the event.  There have been some spectacular sights to behold.  Algeria's manager is quite cute.  There have been lovely fans from every nation on earth leaping around (some with their tops off - New Zealand me loves you).  Mexico, Argentina, Slovakia, USA, Ghana, Korea, England have all had some lovely delights on display.  I have decided to single out one particular man for your perusal.  The coach of my favourite team , Spain - Vicente Del Bosque.  This man gets more fantastic with each passing year.  As some may know, I do like a moustache and he sports a particularly nice one.  Plus, he is Spanish which always works for me.  I have managed to snag a few smiley pics of him but he does tend to look rather grumpy during games.  Not that I am complaining - I like a stern man.  Now, if Spain go out early in the cup, I'm sure that most of Spain will be calling for his head.  Although, surely Spanish daddybear lovers would rather console him (by which I mean intense fondling and licking of cock and balls).  If the press gives him too hard a time, he could escape here.  I will keep him safe by handcuffing him to my bed.  That could keep me entertained for years and years.  God by the time, I was finished they would need to bury him in a Y-shaped coffin.  For trivia fans, he was a former player who turned manager.  He managed the mighty Real Madrid during a very successful period and took over as national coach not long after Spain became European champions.  The only downside for me, and it is minor, is that he does sort of look like Gordon Kaye (who played Rene in the fuck-awful, wretched BBC sitcom 'Allo' Allo'').  He is far more handsome that Gordon but he still brings to mind that hideous, amateurish, shitty, seaside postcard comedy.  But I could overlook it as he dangled his balls in my face. 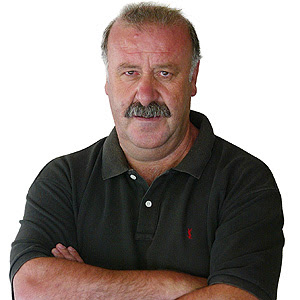 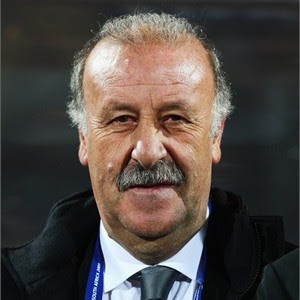 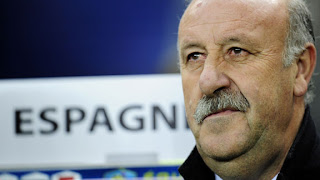 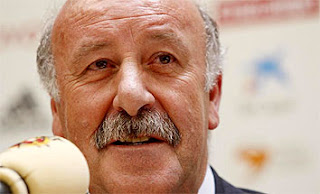 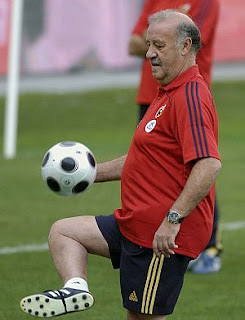 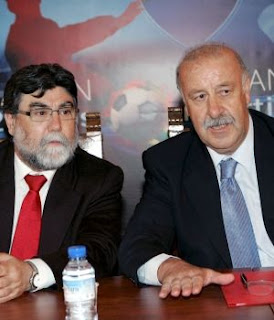 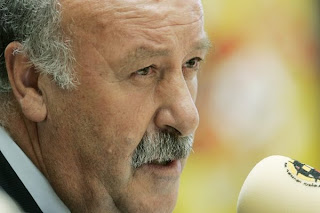 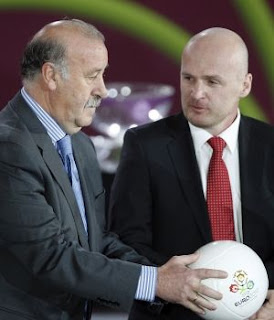 Vicente del Bosque - used to having balls in his hands. 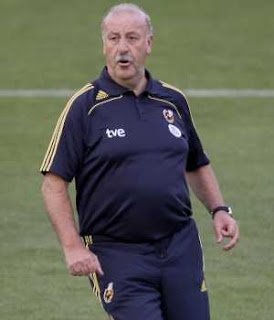 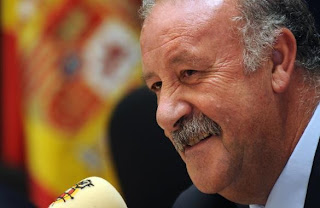 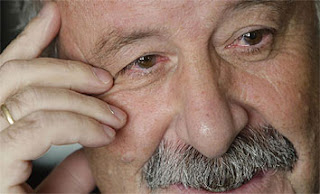