Yeah, I know.  Cricket.  It really is a depressingly dull thing to watch.  A while back I posted one of its earliest stars (WC Grace) but it took a long time for anyone else really attractive to appear in this godforsaken past-time (I refuse to call it a sport).  The man that got my attention was Australian Merv Hughes.  Now in his cricket playing days he may have been heavier and still had the best handlebar moustache this side of the 'Village People' but he was yet to mature.  Like a fine wine, he has got better with age.  Dispelling the Tea & Pimms image of cricket, Merv liked lots of alcohol and lots of food.  My kind of guy...except straight.  Ridiculously so.  I'm amazed he didn't walk up to bat with four women in bikinis on his arms.  He now works as a (the?) National Selector for the Australian Cricket team.  A nice amount of gray has infused his 'tache, his hair is shorter.  He has lost some weight but he still very bangable.  Now, the clip I have attached at the bottom is a strange one.  Obviously Merv is in it but he isn't the reason I chose it.  It appears to be the most unprofessional professional advert ever made.  I have no idea who the other freak is but his laugh is the stuff of nightmares and obviously has no concept of 'cues'.  For anyone from the UK who remembers painfully unfunny impressionist 'Mike Yarwood', the laugh may remind you of the excruciating Frank Spencer routines.  Still Merv is there to enjoy and remember, please don't have nightmares. 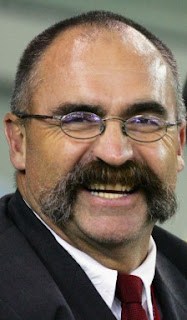 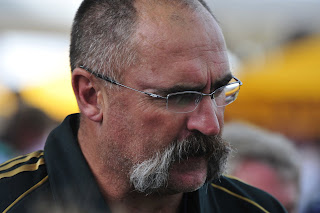 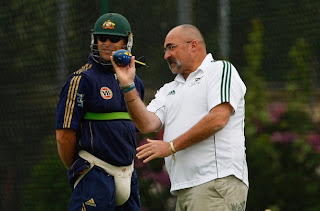 Despite his blatant attempts, the young man could not convince Merv Hughes to look at his crotch 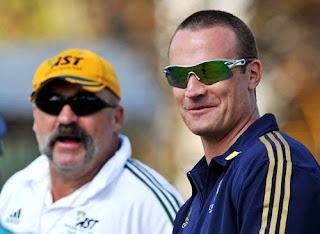 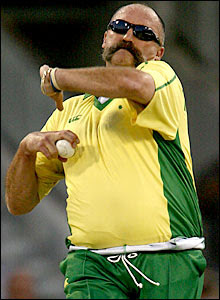 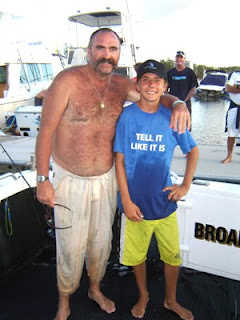 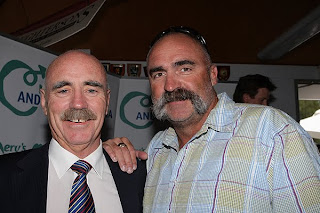 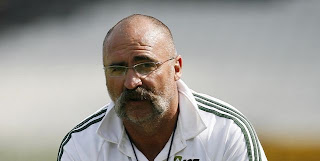