It's not proper football but who cares :-)

Firstly, this has been a bad week for me.  All vomity illness and stomach bugs.  I didn't even have enough energy to masturbate goddammit.  So thankfully, I had stored plenty of pics of my next favourite daddybear - Andy Reid.  This brings me to my secondly.  Secondly, why is it that the game called 'football' the world over (and is played by nearly every nation on earth) and actually involves the players using their feet to move the ball gets referred to as 'Soccer'?  American Football (or Gridiron... or Gay Rugby) is primarily only played in the US and involves players carrying and throwing the ball - why is this called 'Football'?  Was the ball originally shaped like a foot?  Anyways, it has one massive saving grace which is the management staff.  There are a few cuddly pups to pick from but Andy Reid just manages to top the list for me.  Head coach of the Philadelphia Eagles for 11 years or so, he really is a big, cuddly, hairy fuckfest of a man.  Normally he has a tache, but a while back grew a full beard and, my stars and garters, did he look hot.  Incidentally, Glasgow Celtic are looking for a new manager if he fancies giving proper football a go :-).  I'll help him acclimatize. 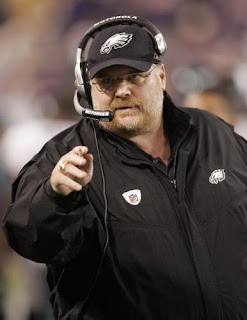 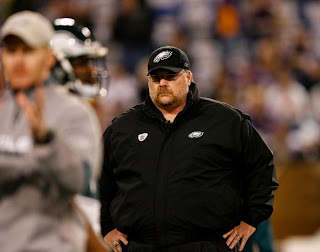 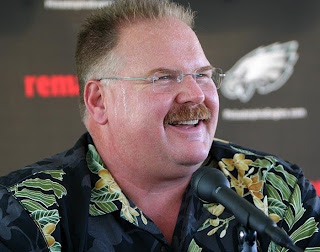 Seriously, forget the shirt (ewww).  Think about licking those beads of sweat. 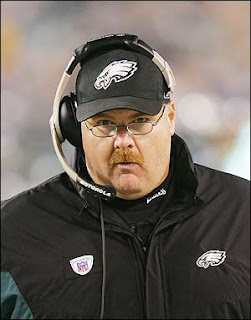 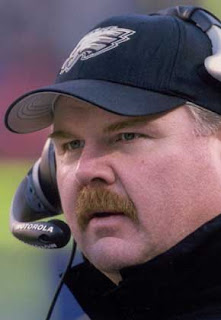 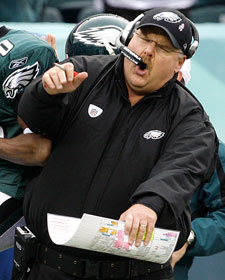 As a pre-match warm up, Andy was frequently anally penetrated by the quarterback. 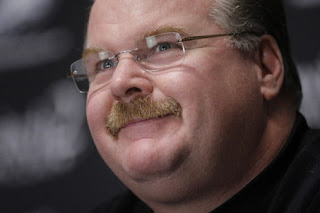 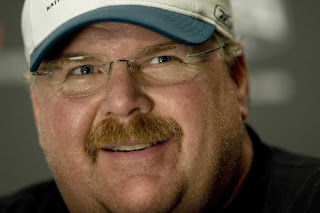 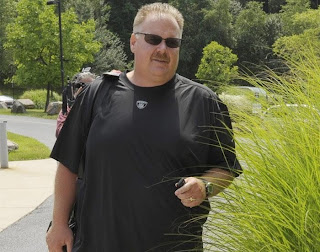