Who cares about Thomas Edison??

Thomas Edison is really the big name in Electricity but, lets be honest, he looks like a villain from a silent movie.  He actually scares me a little (a little bit of pee comes out when I see a picture of him).  But he is really only one half of the Electricity story (one third actually) as he is famous for Alternating Current (AC).  History buffs and scientific folk (or people who have watched 'The Prestige' will also be familiar with Nikoli Tesla, who was really a lost genius and was actually the man responsible for DC (Direct Current) - and as a result he and Edison are really the inventors of Australian Rock music.  Don't worry, Tesla isn't my interest either.  The man who pioneered DC and bought Tesla's work was George Westinghouse.  It's not that you may never have heard of him but he certainly isn't as world renowned as Edison.  In some ways it is a good thing that I wasn't working in Westinghouse's lab as I would have been spending all day sucking on the balls of Westinghouse and his assistant (Ed Reis) then we would all be sitting by candlelight just now.  The facial fur between these two men makes me rather delirious.  I could only find one teeny wee pic of Reis but it is enough for me to have had fantasies about them celebrating their scientific achievements by stripping off and having early electro-CBT sessions.  I did find pics of a couple of actors who have played Westinghouse and they are suitably shaggable.  I needs me a man with mutton-chops. 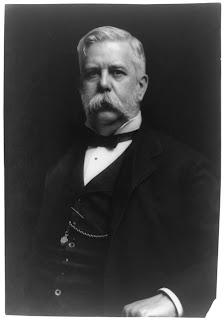 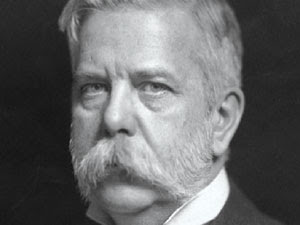 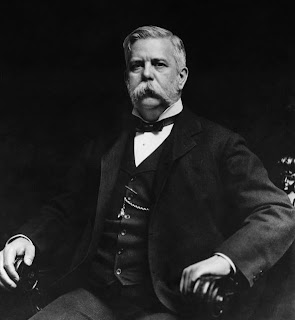 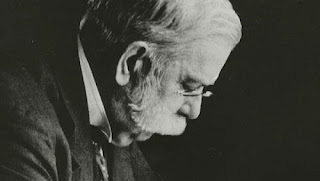 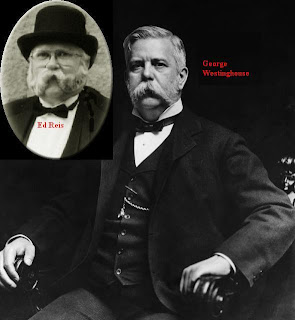 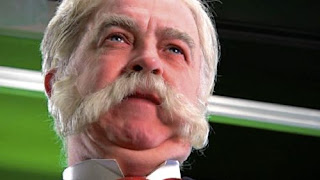 An actor called Larry Meyers playing Westinghouse in something or other 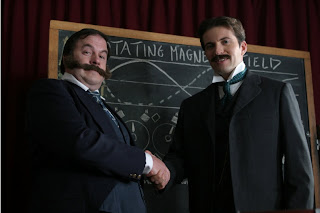 Actor Brian E B Leslie playing him in a short film about Tesla called 'My Inventions'
Posted by Growlhouse at 23:25