My all time favourite

Now I know this man isn't a complete unknown as his nude scene from the Peter Greenaway film 'Drowning by Numbers' has appeared on various bear/chub blogs, but Trevor Cooper got sooooo much better looking after this film.  He has been a stalwart of various TV productions and smaller films such as 'Star Cops', 'A Perfect State', 'Doctor Who', 'Duck Patrol' and 'Chromophobia'.  He also does a lot of theatre work.  Pretty much my definition of a perfect looking man, he looked best to me with just a moustache.  Oddly, it wasn't his cock out scene in 'Drowning by Numbers' that stuck in my head most of all, it was his one-off appearance in a rather shitty sit-com called 'Chalk' that fueled my fantasies for years.  The show was terrible and never, ever gets repeated.  However, I did manage to track down an old, recorded from TV video and I have never been happier (or more drained from incessant wanking).  The quality of the image is pretty awful, the blur when people move is a killer but it's worth it.  Incidentally, he looks great in a film called 'Dear Wendy' but don't bother trying to see it.  He is in it for 3 seconds.  You see him briefly walking beside Jamie Bell in a miner's outfit looking all beardy and lovely then he's dead.  Shortest role ever for my Trevor.  Hey, that rhymed!  If you have never watched 'Drowning by Numbers' it's a hard one to recommend.  Obviously Trevor is in it so it's in my collection (but frankly you wouldn't believe the amount of shitty films I own purely because there is a hot guy in them.  Stop looking at me that way).  It's probably Greenaway's most accessible film but it is still very arthouse.  The nude scene is when he is sleeping naked in his bed when his wife (pre-'Truly, Madly, Deeply' Juliet Stevenson) and Joan Plowright are talking.  I always liked Joan Plowright as an actress until this film, when she made fun of MY boyfriend's penis.  That bitch!!  And yes, you read correctly.  You may look at Trevor but he's only mine to touch.  Honestly, I so want Peter Greenaway to hire him again and give him another nude role because he's bigger, hairier and far more handsome now.  Come on Trevor, get your cock out again! 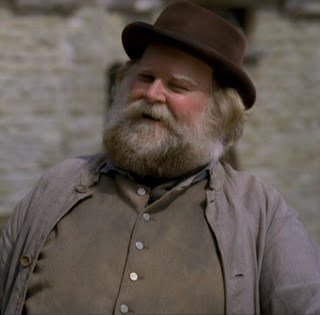 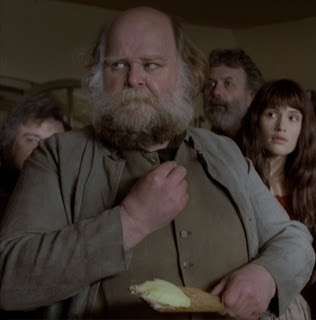 "Back the fuck away from my food!" 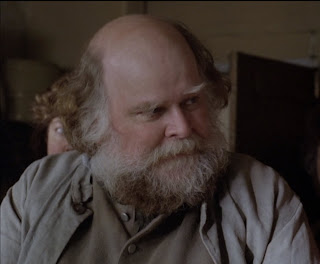 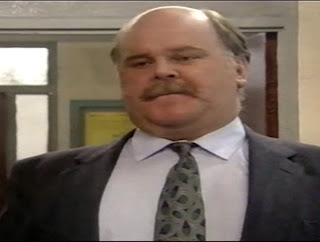 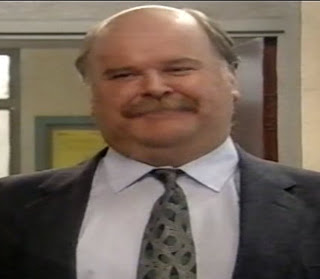 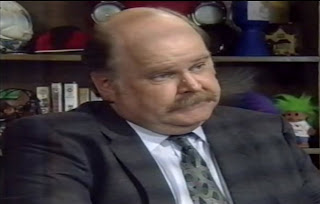 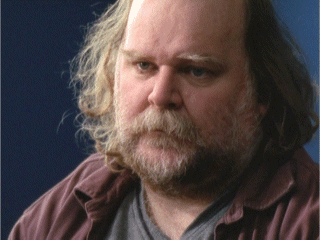 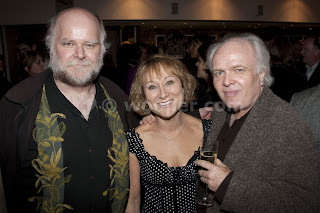 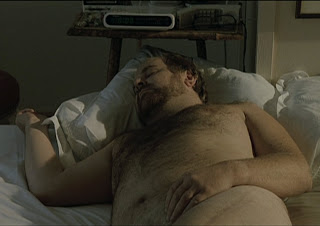 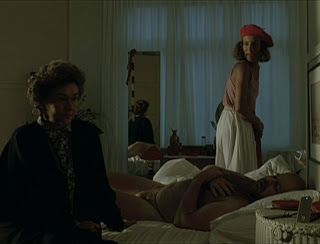 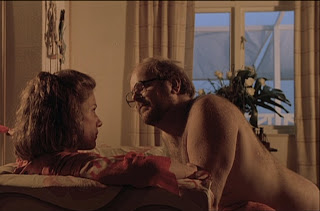