In Search of Larry

This is sort of my 'Lost in La Mancha' entry.  For anyone who isn't sure about that reference, it was a documentary film about Terry Gilliam's failed attempt to make a Don Quixote film.  The Lovely Brian (Balls of Steel) over at the ChubbyDaddyWatchingSociety posted some pictures of the hot men in True Blood some time ago.  One of those men is character actor Larry Udy.  As hot as he looked in True Blood, I didn't go in search of him until I was watching an old episode of 'Scrubs' and there he was - looking insanely gorgeous.  From this point I was hooked and have been trying to get my hands on anything he has appeared in.  I did manage to get a few shows and snag a few pics, but the problem is Larry doesn't tend to get particularly large roles.  In fact, he usually gets a sentence.  A quick look at his IMDB page shows a myraid of roles entitled such things as 'Man', 'Middle Aged Man', 'Tourist' and 'Patron #1'.  If you google image him, there is an shagtastic picture of him in a 'wifebeater' vest but when you click on it, it redirects you to a different picture (which is nice as well but not what  I was wanting).  I had a wee look at his facebook page and it is possible the picture is hidden in there but you'd have to be his 'friend' to see it.  Bugger.  The little thumbnail pic in question is :

Larry was apparently a former deputy sheriff who was determined to be an actor.  After damaging his knee, he went to Hollywood to fulfill his dream.  Now I got all excited when I saw that he is single, but slightly less excited when I saw that one of his favourite pages is that of 'Sarah Palin'.  Frankly, it doesn't bode well.  But he is a truly gorgeous looking man and I hope you enjoy his pics. 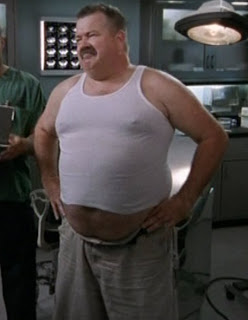 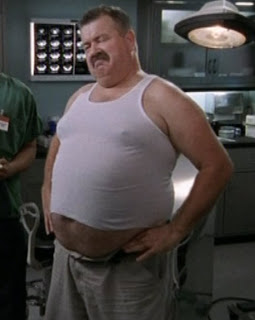 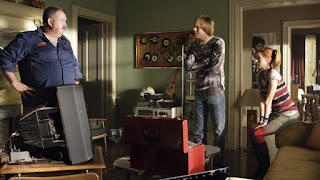 Larry as the Repairman in 'October Road' 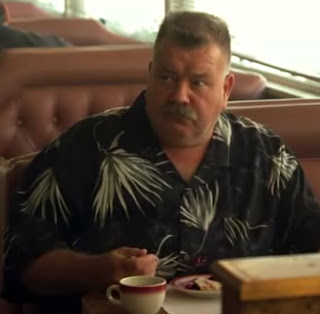 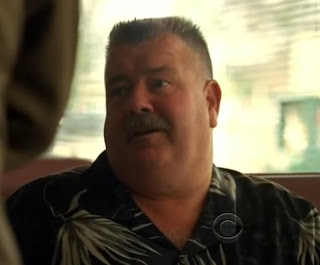 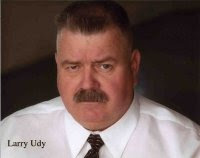 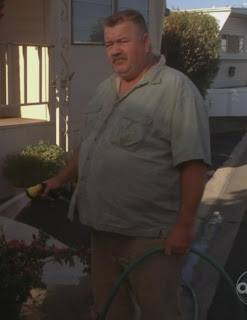 Larry as 'Man' in 'Desperate Housewives' 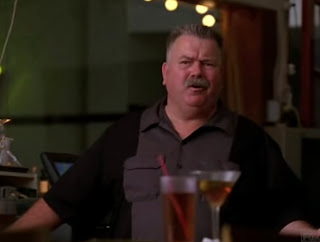 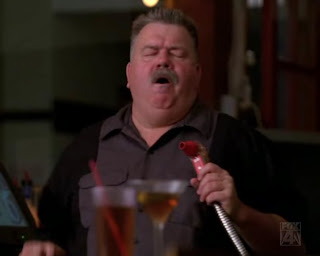 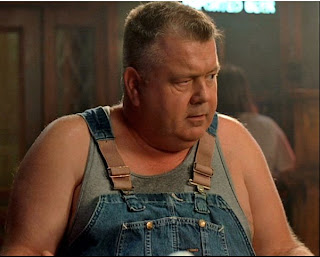 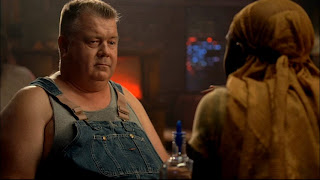