I watch this shit so you don't have to

I loved 'Trainspotting'.  It's dark, brutal and funny portrayal of heroin addiction was both realistic and horrifying.  So when 'Twin Town' appeared in the late 90's and was dubbed a 'welsh Trainspotting' I thought I would give it a go.  Fuck me, is it a terrible film.  It did introduce Rhys Ifans to the world but other that, on a cinematic level, it had nothing else to offer.  It makes Wales look like a shithole so surely must have pissed off every Welsh person alive.  It continues to offer that bullshit view that the only real city in the UK in London and everywhere else is just a big housing estate.  Sorry for the rant, but coming from Glasgow I am sick and bloody tired of every film shot here looking for the worst areas to film in.  Anyway, this tired joyriders / drugs piss poor jaunt is brought to life briefly by a lovely Welsh Daddy Bear called Huw Ceredig.  His character, 'Fatty', gets killed off halfway through so honestly don't watch this crap.  Not much information is available on Huw, he is full on Welsh (i.e not in the Richard Burton / Anthony Hopkins mode).  He was in the long running Welsh soap 'Pobol y Cwm' for 29 years and has appeared in a few films and TV shows over the years.  Anyone not from the UK may struggle to understand a word he says (when he is not speaking Welsh) but I think he is lovely and I quite like the welsh accent.  No idea whether he is married.  All I know is he is the brother of folk singer Dafydd Iwan and politician Alun Ffred Jones (no idea why they all have different surnames).  The filthy things I would do to this man.  Anyway - hope you enjoy him and don't waste your time with 'Twin Town'. 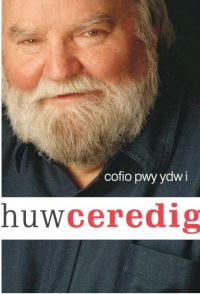 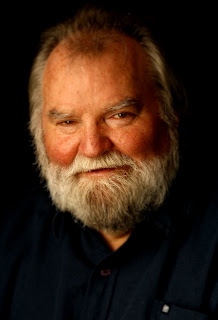 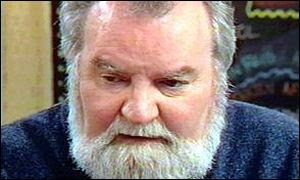 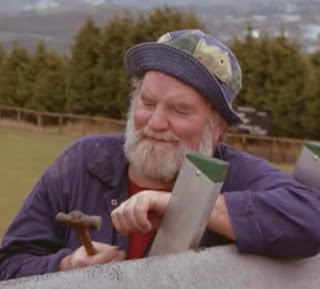 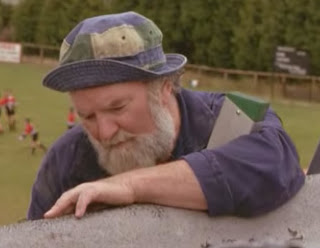 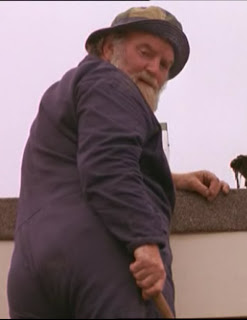 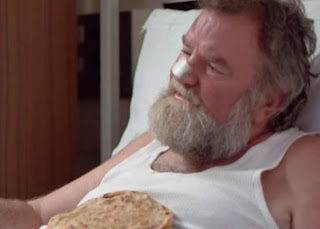 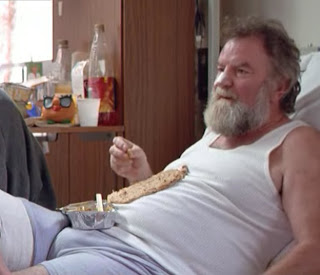 I wish I was that Takeaway box 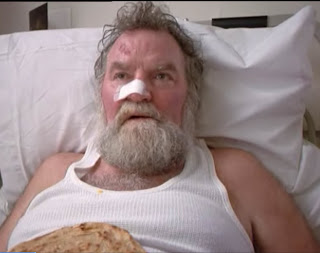