We are delving briefly into Soapland for a moment to remember EastEnders' actor Mike Reid.  He was most famous for playing the role of Frank Butcher in the BBC misery-a-thon, however Mike had been around for a long time as a comedian.  EastEnders does have a habit of picking up unwanted comedians / comedy actors to play serious roles (Barbara Windsor, Shane Ritchie, erm...Bobby Davro) and has actually been very successful at it.  Mike's London-Geezer charm didn't do much for me when he first appeared to be honest.  The oversized glasses, pork-pie hats and horrific, even-the-fires-of-hell-wouldn't-burn-them, sweater & polo neck combinations really made it hard work to see the handsome man underneath.  Thankfully, when he returned to the show after a few years he was heavier, older and some disturbing fashion mistakes had been removed.  At this point, I actually started to watch the show just to get a glimpse of him.  Simultaneously a charmer and a guy who looks like he would be VERY dominant between the sheets.  I have a thing for the gold chain round the neck.  I don't know why.  I just like it.  It's probably the result of childhood trauma.  His character was a bit of a lothario and bedded a few of the Square's, erm, ladies.  Unfortunately no cock shots.  Very handsome with a gravelly voice (you just know this man knew how to talk really filthy in bed), his smile is either one you will find sexy or just see a 20 foot wall of searing white enamel.  His stand up was quite racy at times and frankly his sex jokes (whilst as old as the hills) were enough to make have a quick 'hand shandy'.  Standing on stage, in his sixties, looking better than ever in a tuxedo, sweat dripping off him, talking about getting a handjob.  I just had to masturbate there and then.  I really wish my parents and local priest hadn't been in the room at the time in retrospect. 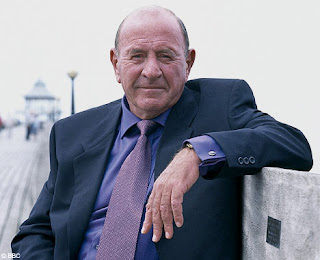 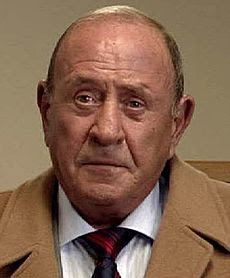 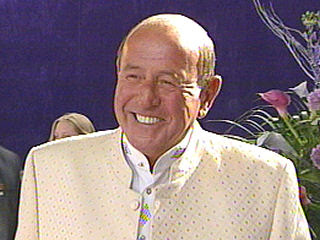 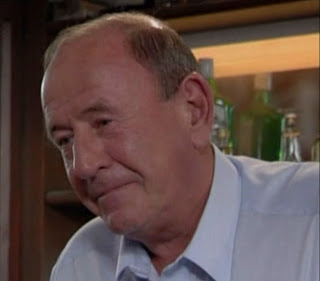 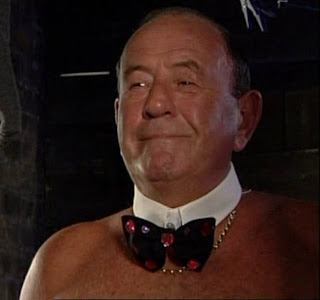 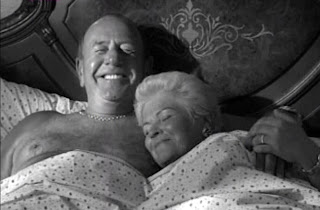 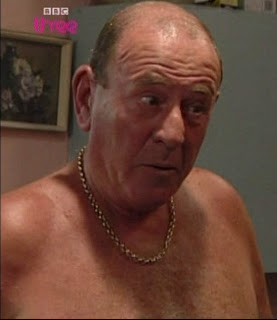 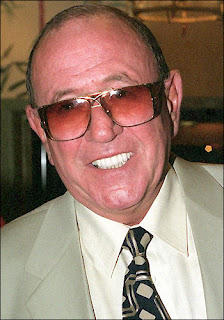