My desire for a big bearish action star got the better of me.  I'm not much of a gamer but my interest in 'Saints Row 2' was sparked by the fact that you could completely customize your character and that he would then appear in the cut-scenes.  I was not disappointed.  I think I have fallen in love!!  The level of amendments that you can make to the character is astounding (you can amend the septum width, depth and height).  So, obviously I decided to have a look at how daddy-bearish I could make the characters.  Admittedly, he is a thug (as is the nature of this game) but I am looking into possibilities of marrying a digital character.  I want all games to offer this functionality.  Shit, I want films to offer this functionality.  OK, so once I have created him I had to ensure that his outfit only consisted of his underwear.  Although I was sad to see the orange prison outfit go, I was more happy with the tiny white pants I gave him.  I KNOW that this is exceptionally sad before anyone feels the need to point it out to me but it keeps me out of trouble.  It is an exceptionally violent game (Grand Theft Auto never really appealed to me), but the violence is so over the top that you can't take it seriously.  The sight of him hanging out, beating up people and stealing cars just in his underwear makes him the coolest character ever lol.  Interestingly, none of the other characters comment on his garb.  I feel cheated that I didn't get a premature ejaculation joke ("Ah! I see you have just came in your underpants").  I have attached a few pics of some different faces and some videos to show you the cut scenes. 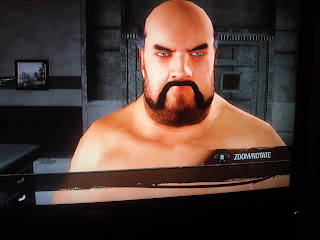 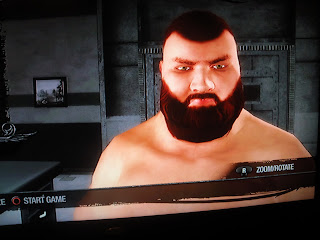 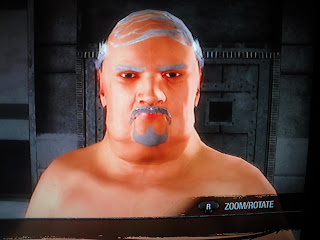 Now when he crouches down he is tea-bagging his enemies.  Essentially rubbing his ball sack over the face of the poor sod he has just punched to a bloody pulp.  I never claimed the game was moral!!
Posted by Unknown at 23:22