You may need a little convincing...

Honestly, I have no idea how I first became aware of the Polish actor Janusz Rewinski.  I can't remember watching a Polish film with him in it.  In fact, I am not sure if I have ever watched a Polish film.  However, I have seen bits of films that he has been in and somewhere in my mind, I have a vague memory of him coming out of a pool and dancing a little whilst he was waiting for someone.  Now as to the need to be convinced.  Mr Rewinski does indeed have a very nice body, a lovely beard and good line in manly scowls, however...there is the eyebrows.  They are VERY heavy.  In fact he strays dangerously close to mono-brow at times.  It can definitely be distracting at first, but I urge you to look past such shallow things and focus on...well, other shallow things.  He strikes me as the kind of man who would have a ridiculously dark and hairy pubic bush.  You know, you could be mistaken for thinking that he had Tito Jackson's afro down his trousers.  He also looks like a nice bit of rough trade - for when you don't want nice cuddles and cozy chat.  I have attached some pictures of Janusz for you to consider and also a link to a clip on YouTube (there are quite a lot of him).  I chose this one a) because he is shirtless in it and b) it is incredibly bizarre.  I guess this is a musical film although I'm not sure if you could call what Rewinski does as 'singing'.  More like proto-rap.  All is going well, he looks reasonably fuckable with his singing / talking routine...but then he dances a little.  All I can say is 'definitely straight'.  It does sort of destroy the sexy bear image a little.  Unless your idea of 'sexy bear' is someone who dances like they are trying to work their underwear back out of their arse-crack. 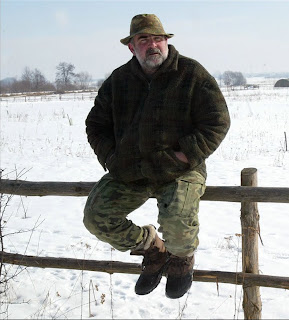 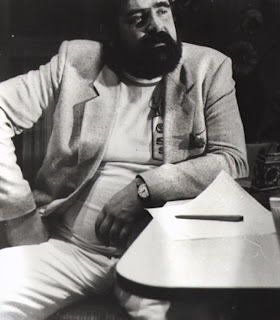 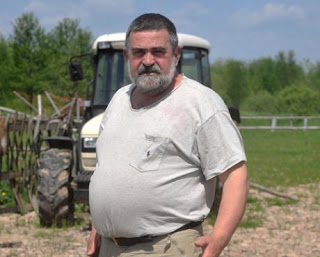 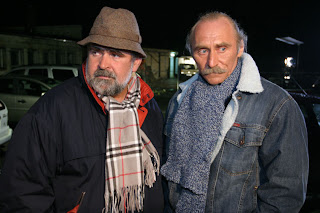 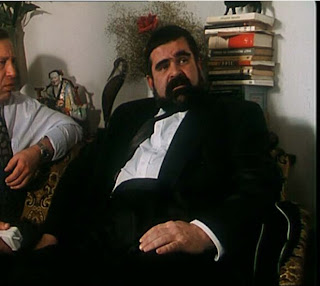 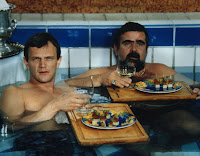 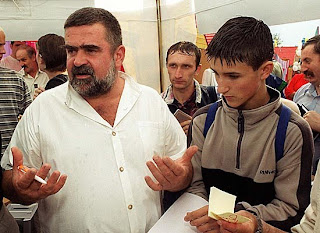