While I'm in a Sporting mood...

OK, I happen to think that Cricket is possibly the most boring sport in the world.  No matter how much it tries to revamp it's image, it still has that faint air of imperialism and Rudyard Kipling hanging around it.  In fact it is soooo slow and boring it almost (ALMOST) makes Baseball look interesting.

However, going back in the mists of time you discover one of the most famous figures in this sport - WG Grace. Now if he was playing today, it would make Cricket worth watching.....possibly.  Heavy, older and with a beard you could lose family members in, he certainly ranks as a Daddybear to behold.  This is who I want to see doing underwear adverts.  To be fair, given that he played in the Golden age of Cricket when people were far to civilized and gentlemanly to be particularly athletic, I doubt he worked up much of a sweat playing.  Although he must have done a bit of running.  All his bits bouncing around inside those white trousers. Mmmmmm.  Sorry, I was away there for a minute.  I don't know if cricket players shared a communal bath in those days but I may have spend a long time thinking about that.  And of course, he played cricket so he spent a lot of time rubbing oil into his wood.......................there I go again. 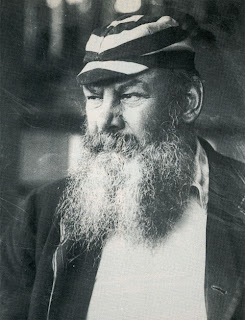 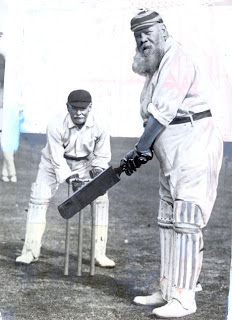 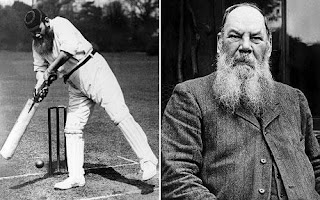 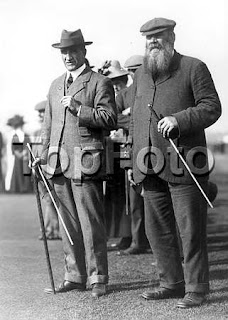