Come with me now, gentle readers, as I take you back into the golden years of my childhood.  I was but an innocent youth, playing with my space hopper, riding my Chopper bike, watching Battle of the Planets, eating 'Pacers' - you get the idea.  All very 'jumpers for goalposts'.  However one fateful day, my innocence was corrupted.  No more would the only thing I desired be Millennium Falcon toy with the stick on lights.  Although I do still kind of want that too.  But, no, I saw a big, angry, growly sweaty man and my life was changed forever.  The man in question is Bernie Hamilton.  In particular, it was Starsky & Hutch's Capt Harold Dobey.  Damn was he lovely.  The template for every police chief / captain to follow on TV forevermore, Hamilton was gorgeous enough to provoke a little tent in the crotch of my monkey-shit brown corduroys.  OK, I did have to overlook the rather horrific clothes they made him wear.  Some of those jackets are now outlawed by the Geneva Convention.  But he always wore shirts that were slightly too tight and let you admire his lovely shape.  And frankly, clothes were not involved in the fantasies that my young mind was mustering.  He always looked like his office was overly warm and had that slightly sweaty look that still makes me think he would just have been brilliantly filthy in bed.    And only a real man could wear a plaid sports jacket and get away with it 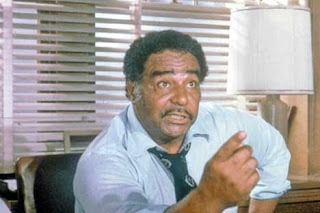 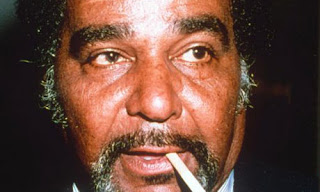 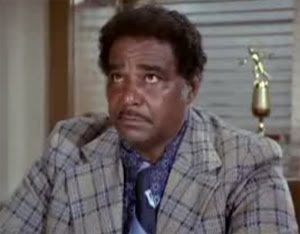 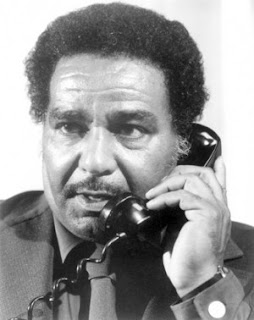