As I have mentioned before, the guys that appeal to me most are the ones who have walk-on parts in films or appear for only a few moments before being killed / written out / arrested etc.  There is just something supremely satisfying about watching a film then suddenly, unexpectedly find myself reaching for the hankies and lube when a guy appears out of nowhere.  For the most part, these guys are never seen again and can be easily missed by the daddybear admirers of the world.  And so it is I present to you ....erm....this guy.  Unfortunately, I have no idea of his name.  I was a huge fan of the TV series 'Spaced' starring Simon Pegg, Jessica Stevenson and Nick Frost.  This beautiful, big red haired biker bear appears only in the deleted scenes.  What the fuck??  This poor guy get a fairly good speaking part, looks very hot and we get completely cockblocked.  Destined to never be seen, I wanted to ensure that those who would appreciate him got to see him.  It makes me kinda sad that his part was cut out, it brings a little tear to my eye as I wank off furiously at the TV screen.  In the deleted scene, it turns out that Daisy (Jessica Stevenson) had spent the night with him and is now regretting it (the bitch lol).  She rather off-handedly dismisses him in the morning in very funny but awkward scene.  God I bet he smelled good.  Don't worry Mr unknown-hot-ass-biker-bear-guy (not a name on IMDB unfortunately), you may not have made it onto the show but you have made it into a thousand pornos in my mind. 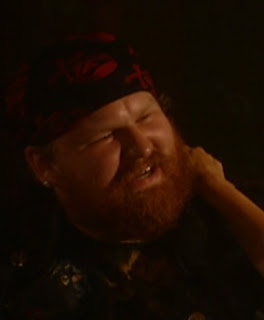 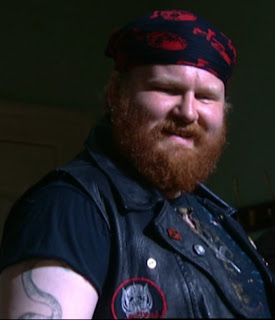 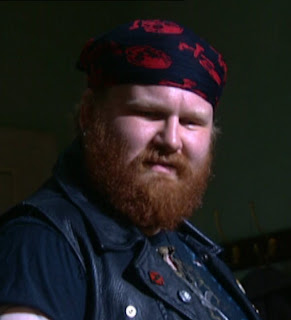 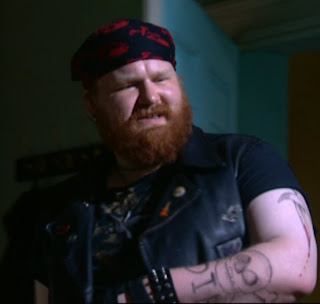